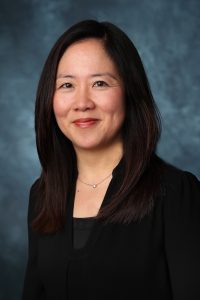 Dr. Angela Waanders, Director of Precision Medicine in Oncology at the Ann & Robert H Lurie Children’s Hospital of Chicago, is a pediatric neuro-oncologist whose research has focused on developing novel therapeutic strategies for children with brain and spinal cord tumor. Her work directly led to the discovery of an activated novel KIAA1549-BRAF fusion oncogene in the majority of pediatric low-grade gliomas (PLGGs). This genomic abnormality has since been found to be a hallmark of PLGGs, and has helped to inform current pediatric low-grade glioma clinical trials. In 2016, Dr. Waanders began the initial discussions with the Swifty Foundation, on how to develop a national infrastructure to empower tissue donation for the many children who lose their fight to brain/spinal cord cancer, and remains committed to these efforts.

Dr. Waanders also holds an appointment as an Associate Professor at Northwestern University Feinberg School of Medicine. Her other roles include Executive Board Chair of the Children’s Brain Tumor Tissue Consortium (soon to be known as the Children’s Brain Tumor Network), Site Principal Investigator for the Pacific Pediatric NeuroOncology Consortium, and Study Committee Member in the Children’s Oncology Group. She grew up in Allegan, Michigan, and went on to attend Western Michigan University as a Medallion Scholar.  She received a Master’s in Public Health from the Tulane University School of Public Health and Tropical Medicine, and a Doctor of Medicine from Tulane University School of Medicine. She completed training in both general pediatrics and pediatric hematology-oncology, and had her first faculty appointment at the Children’s Hospital of Philadelphia.