My name is Isabelle Chau, and I am the Tissue Navigator of the Monje Lab at the Stanford School of Medicine. Originally from New York City, I recently graduated from Stanford University with a major in Biology and have been studying neurology for three years both at Weill Cornell Medical College and at Stanford. 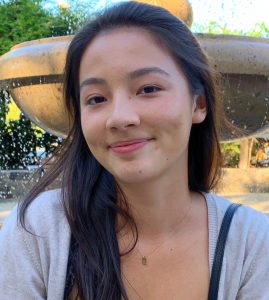 While pursuing my undergraduate thesis in the Monje Lab at Stanford, I became motivated to become a tissue navigator when I learned about the opportunity to serve families who have lost loved ones to pediatric brain cancer. The dedication of these families to find a cure so that other families don’t have to suffer a similar loss has fueled my desire to take on this role, where I will be able to facilitate tissue donations. Helping laboratories across the country study these devastating cancers is crucial to finding a treatment. The collaboration between patients, families, physicians, and scientists involved in this fight against pediatric brain cancers has revealed to me the determination, kinship, and promise in finding a cure.

For the family, once a decision has been made to donate, only two things are required. The first is written consent for the child to become a tissue donor, and the second is a single phone call to a tissue navigator at the time of a child’s death to initiate the process.

If you would like to speak with a family that has donated their child’s tissue you can reach out to one of our family companions. Information is available on our Family Companion Page.

Help Fund This Program
Connect With Us