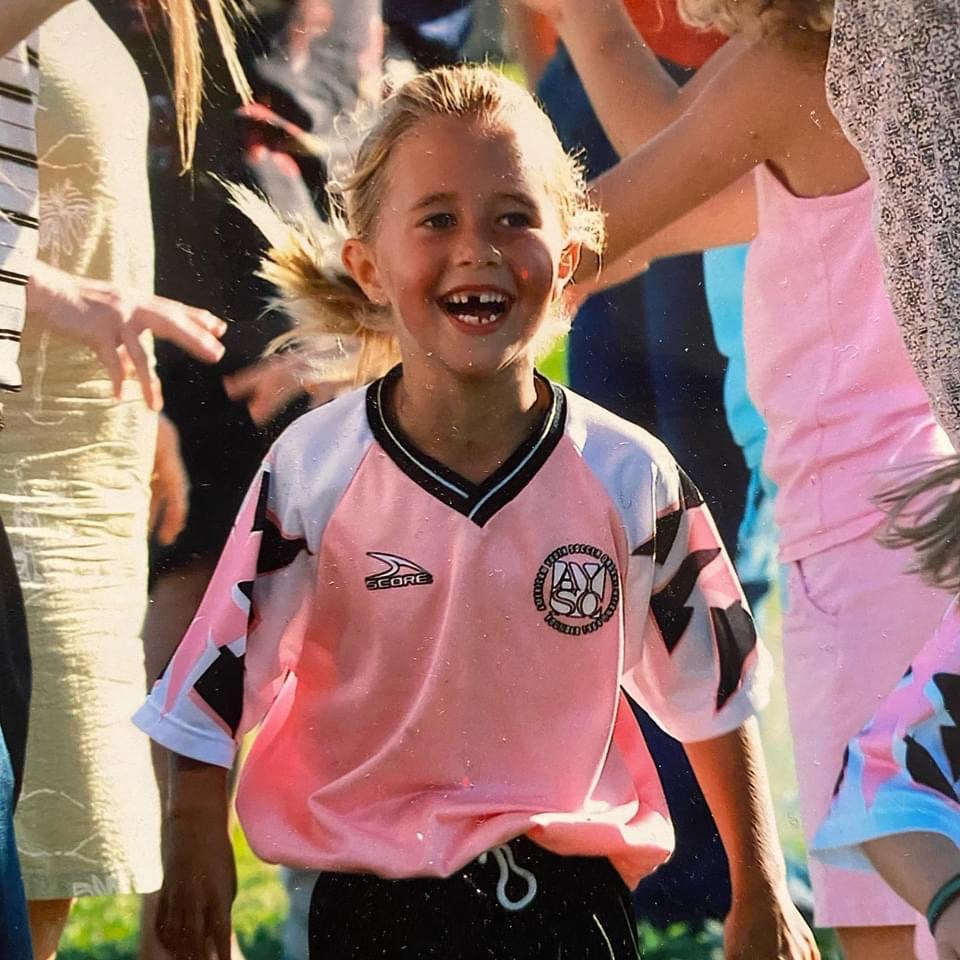 On August 5, 2003, after 6 months of bed rest, McKenna Claire Wetzel was born. Big sister, Jordan, was excited to welcome her beautiful, blonde, green-eyed sister to the family. Years flew by, and the household was filled with the typical chaos that having two working parents and active children bring. Soccer games, gymnastics classes, music, vacations, we managed to do it all. McKenna grew into an extremely vivacious, bright, and athletic little girl with an infectious grin and a big heart. She brought joy to all those around her.

In mid-January of 2011, McKenna came down with what we thought was the stomach flu. It was not worrisome at first. The flu had been going around school, and besides, she had just had her annual check-up in December. But McKenna continued to throw up, quite violently at times, for over a week. Then, her left eye started to wander. At first, doctors felt that it was still just a virus, but my mother’s instinct told me that there was something more to this. After the third trip to the doctor’s in a week, we were sent for a CT scan. When we were directed back to our pediatrician, we knew something was wrong. We were told that McKenna had a mass on her brainstem, the worse possible place for a tumor.

We were sent immediately to Children’s Hospital of Orange County (CHOC) where McKenna was hooked up to monitors and an I.V. and we were told we would have to spend the night in order to have an MRI the next morning. Then came the longest wait of our lives. When doctors finally came to give us our diagnosis, it was worse than we could have ever imagined. Not only did McKenna have brain cancer, she had the worst kind possible, Diffuse Intrinsic Pontine Glioma (DIPG).We were told that children do not survive this cancer and that we could expect to have nine to eighteen months with our daughter. With radiation and a clinical trial of oral chemotherapy, we would be able to reverse some of the effects of the tumor for a short time. However, after an exhaustive search of the best institutions in the country, the realization was upon us. There was no cure.

Our daughter had always been amazing to us, but now she showed a strength of character and grace that even we didn’t know she possessed. This little girl never complained about her treatments, never cried because of them. She bore it all with stoic courage and never lost her sense of humor. There were definitely low points. She had always been extremely active and was a talented soccer player and gymnast. Her favorite things to do were to run and play with the neighborhood kids on the street. Some of these capabilities were permanently lost to her. However, she challenged herself in new ways. She continued to swim, play on the bars, play guitar, sing, and draw when she could. Her friends rallied around her and created the Tuesday Homework Club, which wasn’t so much about homework, but rather about the joys of friendship. She continued to enjoy and excel at school, receiving advanced rankings on standardized tests. Her sister, Jordan, and best friend, Sophie, kept her entertained at home. We traveled to Hawaii, the mountains, the desert and Las Vegas. Thanks to generous friends, she got to go to tapings of American Idol, Dancing with the Stars, and sat on the floor at a Laker game. McKenna definitely lived a rock star life for a while, but would gladly have given it all up to be able to run again, to, as she put it, “Get rid of that stupid tumor.”

On June 1st we received good news from McKenna’s MRI; the tumor was continuing to shrink. However, a few days later, I noticed that her balance seem compromised again. Her writing and drawing abilities were regressing. At first, doctors felt it was just part of the ebbs and flows of her tumor, good days and bad were to be expected. But, she continued to deteriorate. By July 1st we were in the hospital for a procedure to reduce swelling in her brain. This helped for a few days and we were able to celebrate the 4th of July as we had always done, but by that Friday we were back in the hospital again. Another MRI showed the tumor was growing. Over the course of the next fourteen days, McKenna lost the ability to swallow, to move her extremities, and to talk. It was heartbreaking to watch our beautiful, active child lose these abilities while remaining fully cognitive. In true McKenna fashion, she bore it all with grace. She never complained, never cried, never asked why.

Mid-morning on July 21st, McKenna’s breathing pattern changed. The palliative care nurse happened to drop by to check on us. She confirmed we were losing her. Strong until the end, McKenna managed to wait until all of our family could give her one last kiss and say goodbye. Around noon, held by her mother and surrounded by her family and friends she took her last breath. McKenna lost her battle exactly six months from her initial diagnosis, two weeks shy of her eighth birthday.

To say that the loss of McKenna has been devastating is an understatement. Our ray of sunshine is gone, and the hole she has left is dark and deep. However, McKenna was not one to dwell on the negatives of life. Her joy was contagious and her heart was huge. Her impact on the world was evident from the out-pouring of support we received from her family and friends during her illness. Our desire to honor McKenna’s legacy and to perpetuate the sense of community that lifted us during our darkest time moved us to action. With the help of talented and gracious friends, the McKenna Claire Foundation was born. Our mission is to cure pediatric brain cancer by raising awareness, increasing community involvement and funding research. At the same time we strive to celebrate McKenna’s passion for life by providing others with opportunities to spread their wings and shine. As the foundation grows, it is our hope to not only bring joy to others’ lives, but to help medical experts discover the path to a cure so that no other family has to suffer a loss such as ours.” 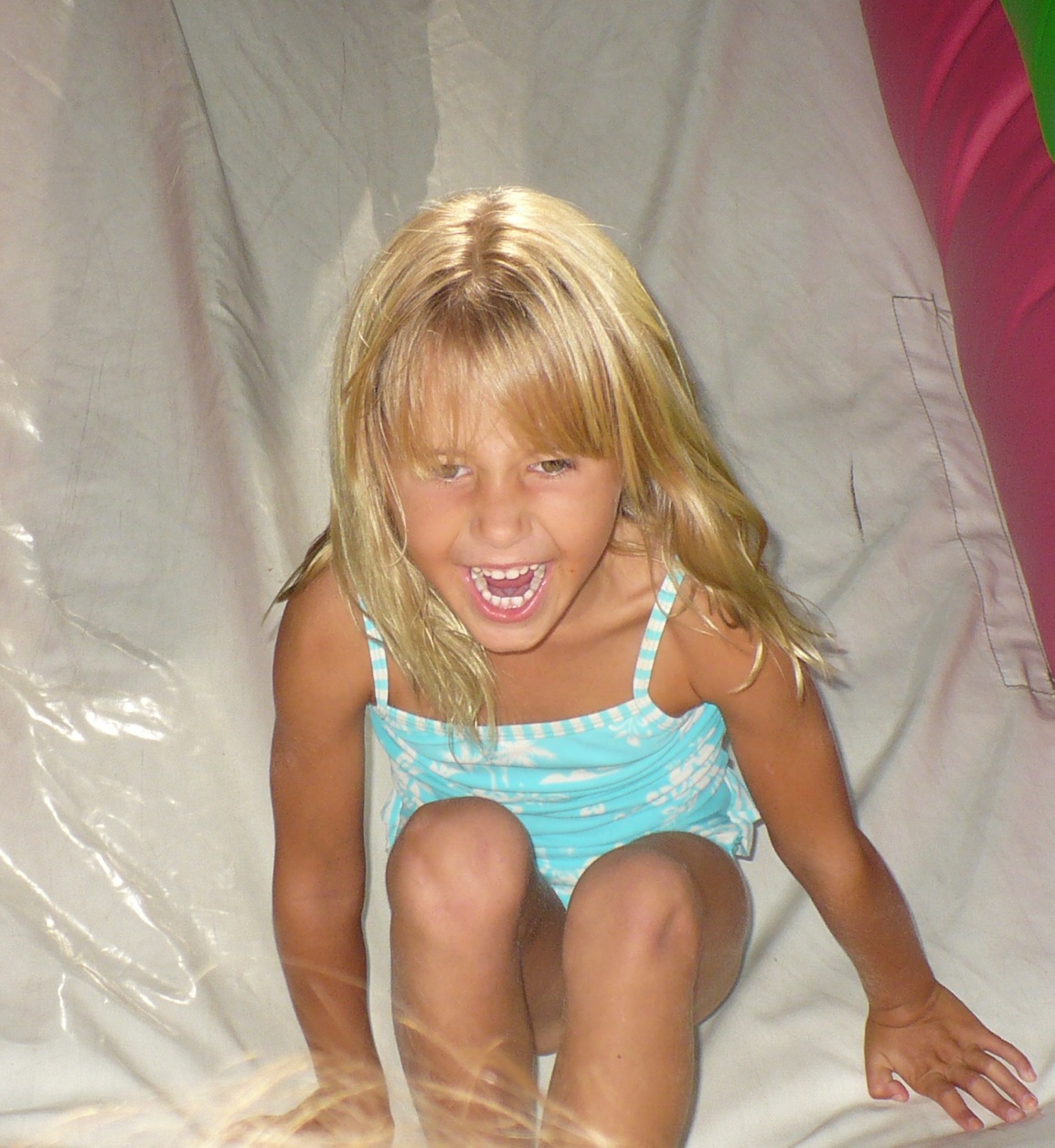 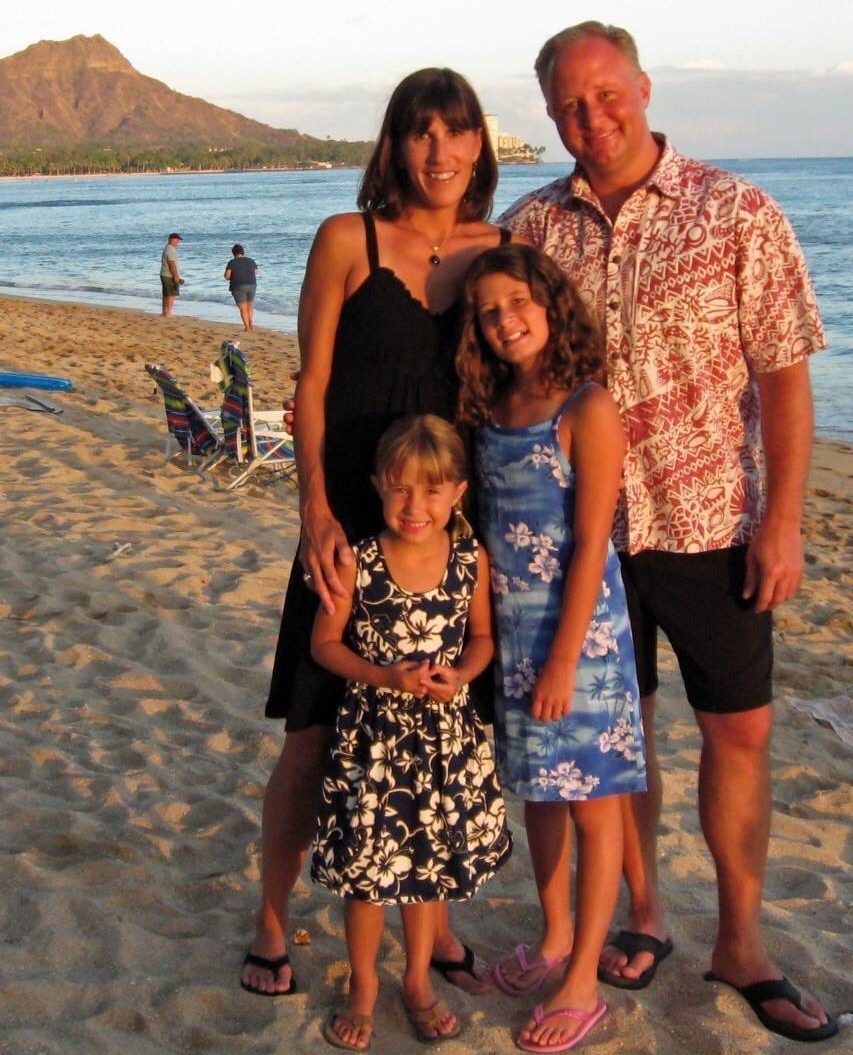 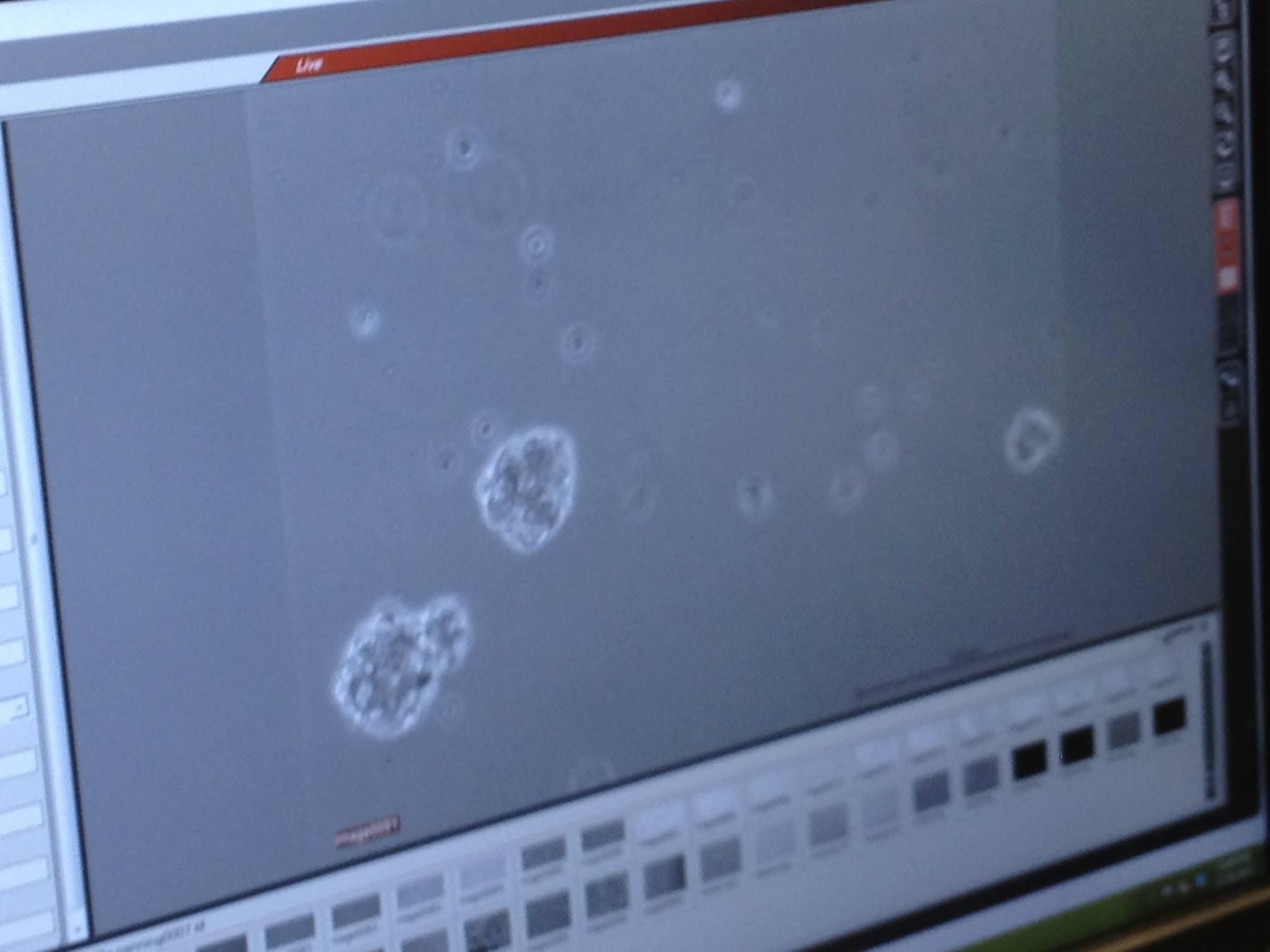 “In our search for some sort of therapy or clinical trial that could give McKenna more time, we had reached out to Dr. Michelle Monje to inquire about an upcoming trial that was showing promise for DIPG. Although the trial wouldn’t materialize in time for McKenna to take part, unbeknownst to us our friend Lisa (who was our right hand man during this process) had a conversation with Dr. Monje during this time about tumor donation.

When McKenna suddenly declined and it was apparent that these were her last hours with us, Lisa was brave enough to ask us the impossible question. Would we be willing to donate McKenna’s brain and spinal cord to Dr. Monje’s lab to further research on DIPG? Even in our state of grief and shock, we knew right away that this was the right thing to do. If we were going to lose our precious daughter to this disease, then we were going to make sure that we did whatever we could to help ensure that no other child or family would have to endure this nightmare.

We are grateful that LIsa and Dr. Monje had made the arrangements prior to McKenna’s death, so that when we agreed to donate Lisa was able to make a call and put the donation in motion. Had she not done that previously, it would have been impossible to meet the time restrictions to have the donation be viable. As it was, McKenna took her last breath in our bed, surrounded by the love of friends and family. We spent time with her following her death, no one rushed us to take her away. When Dave finally carried her out of the house in his arms, we had no regrets about our decision.

In the weeks following McKenna’s tumor donation, a cell line was established at Monje lab that has now been shared freely for DIPG research around the world. She has been involved in studies and clinical trials in hundreds of institutions in multiple countries. We have attended conferences and talked to the researchers who used her cell lines. This has made all the difference for us…knowing that she is still here in a sense, working to save the next child diagnosed. It has given us focus and direction in the life we live after her loss, starting a foundation and raising funds for research. But most of all, it has given us some peace, knowing that her death was not in vain and that our spunky, sassy, loving girl lives on to fight another day. “ 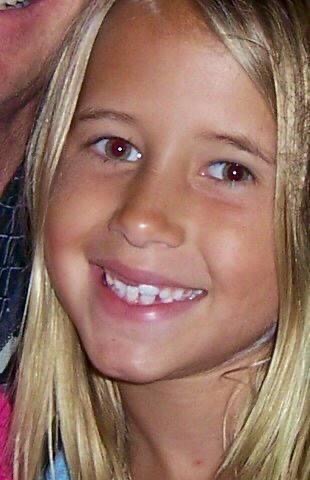 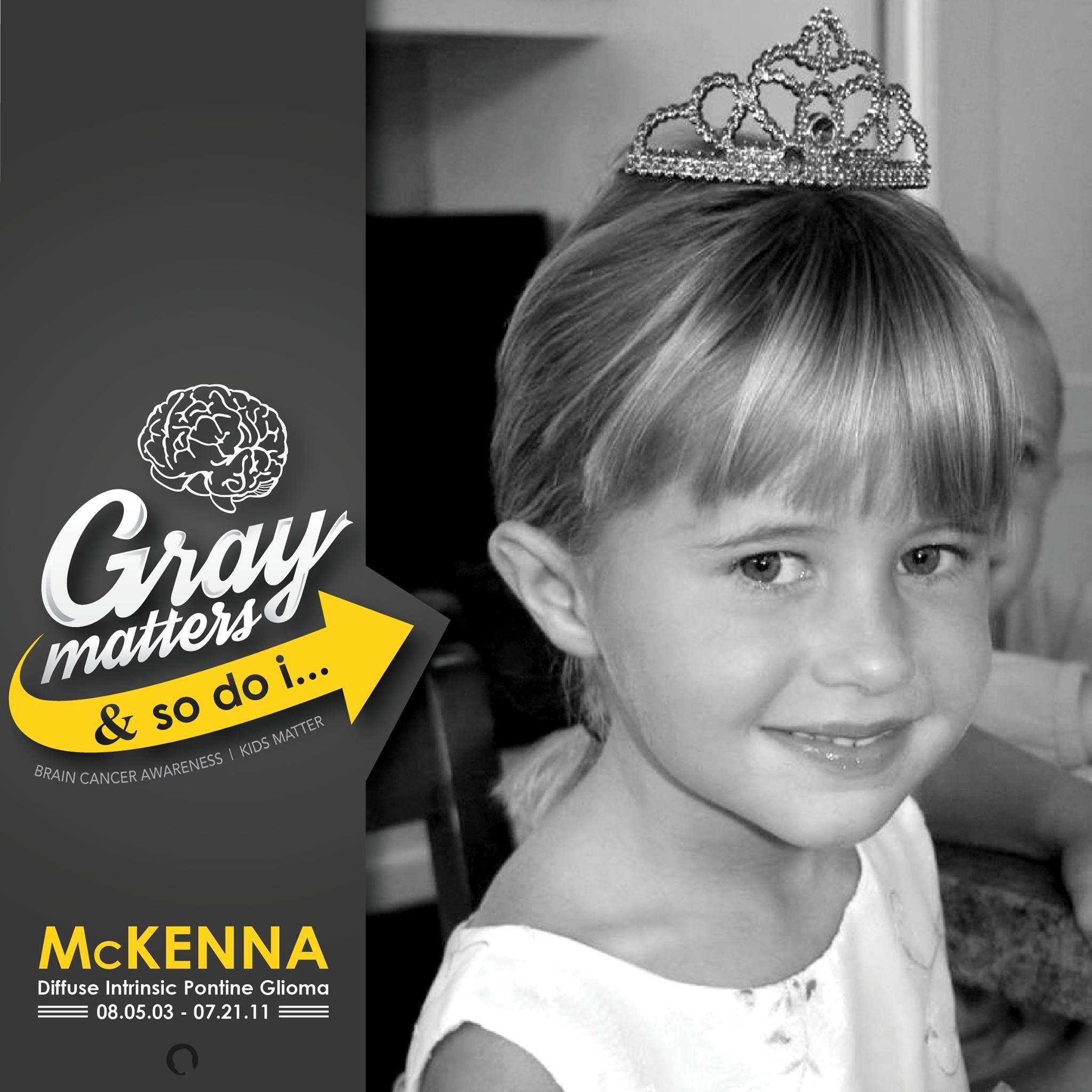 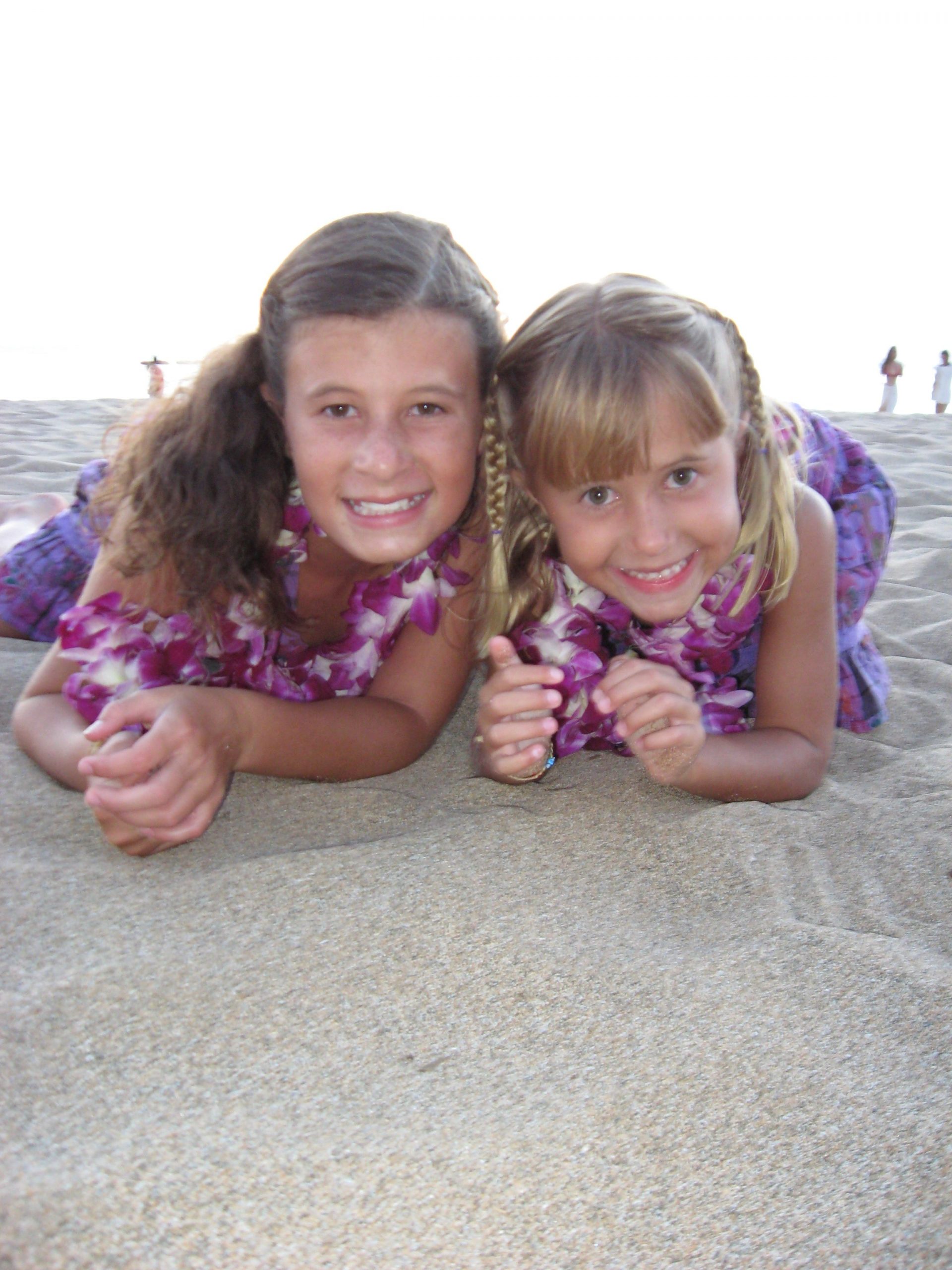 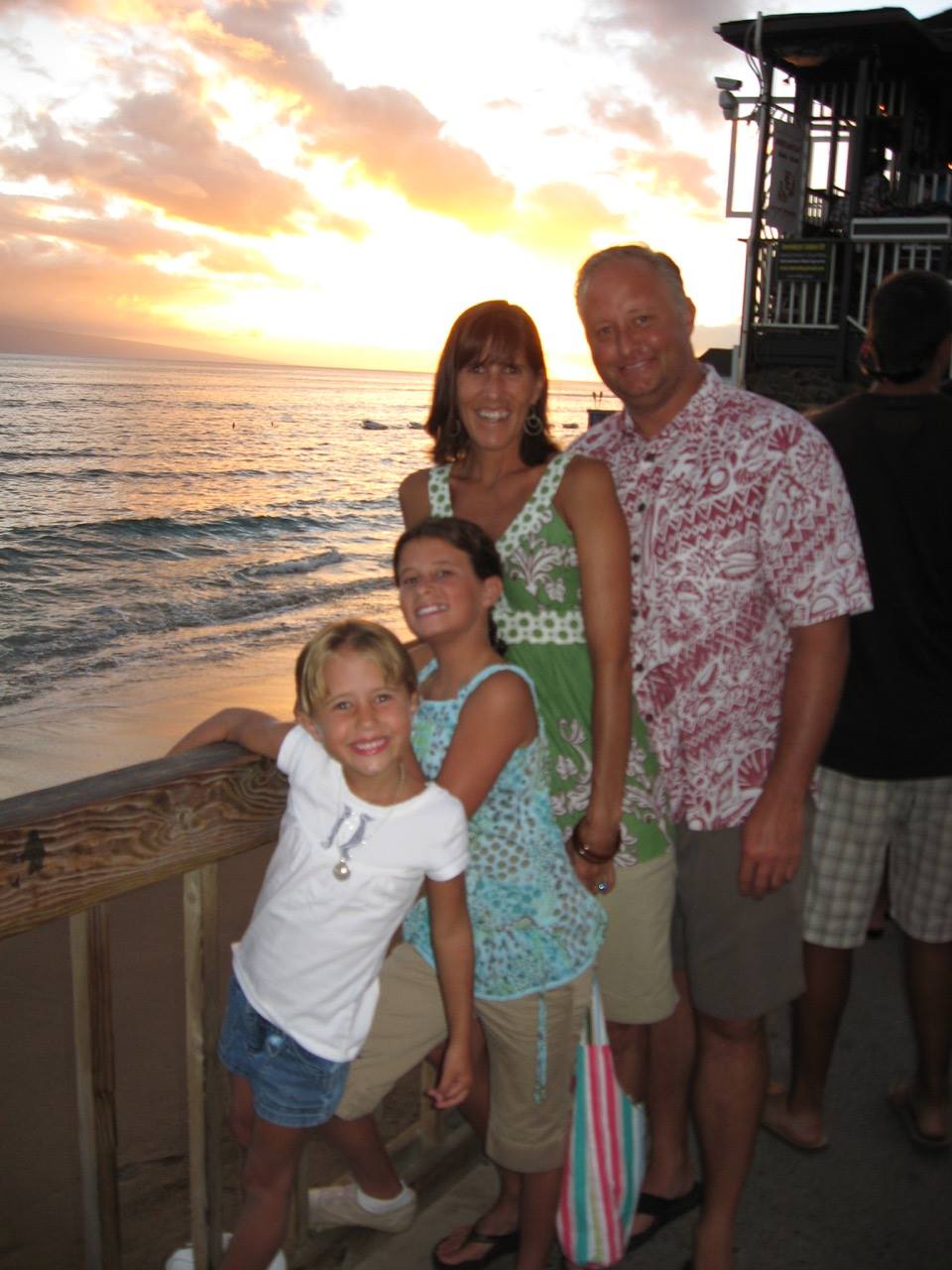 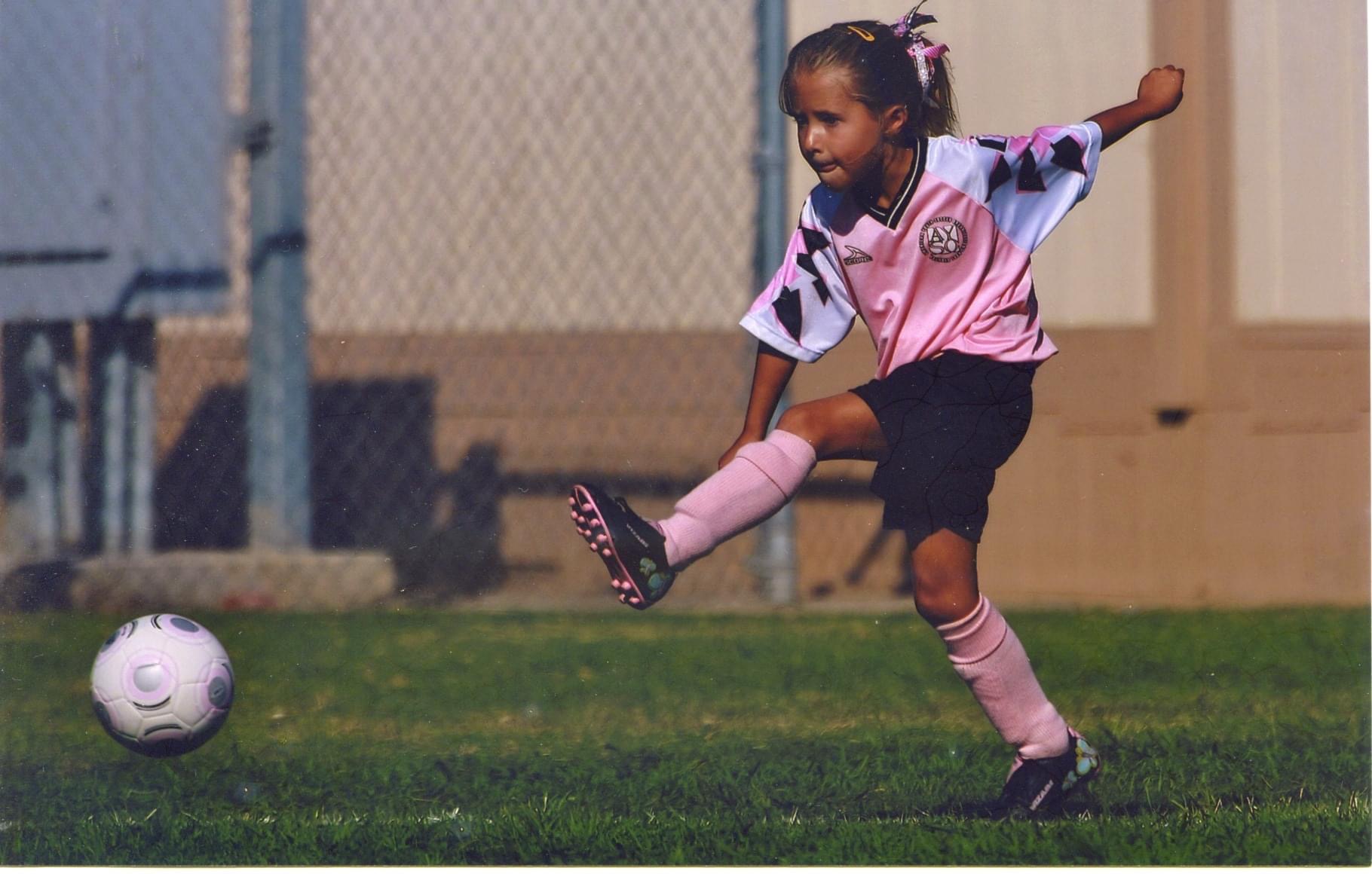