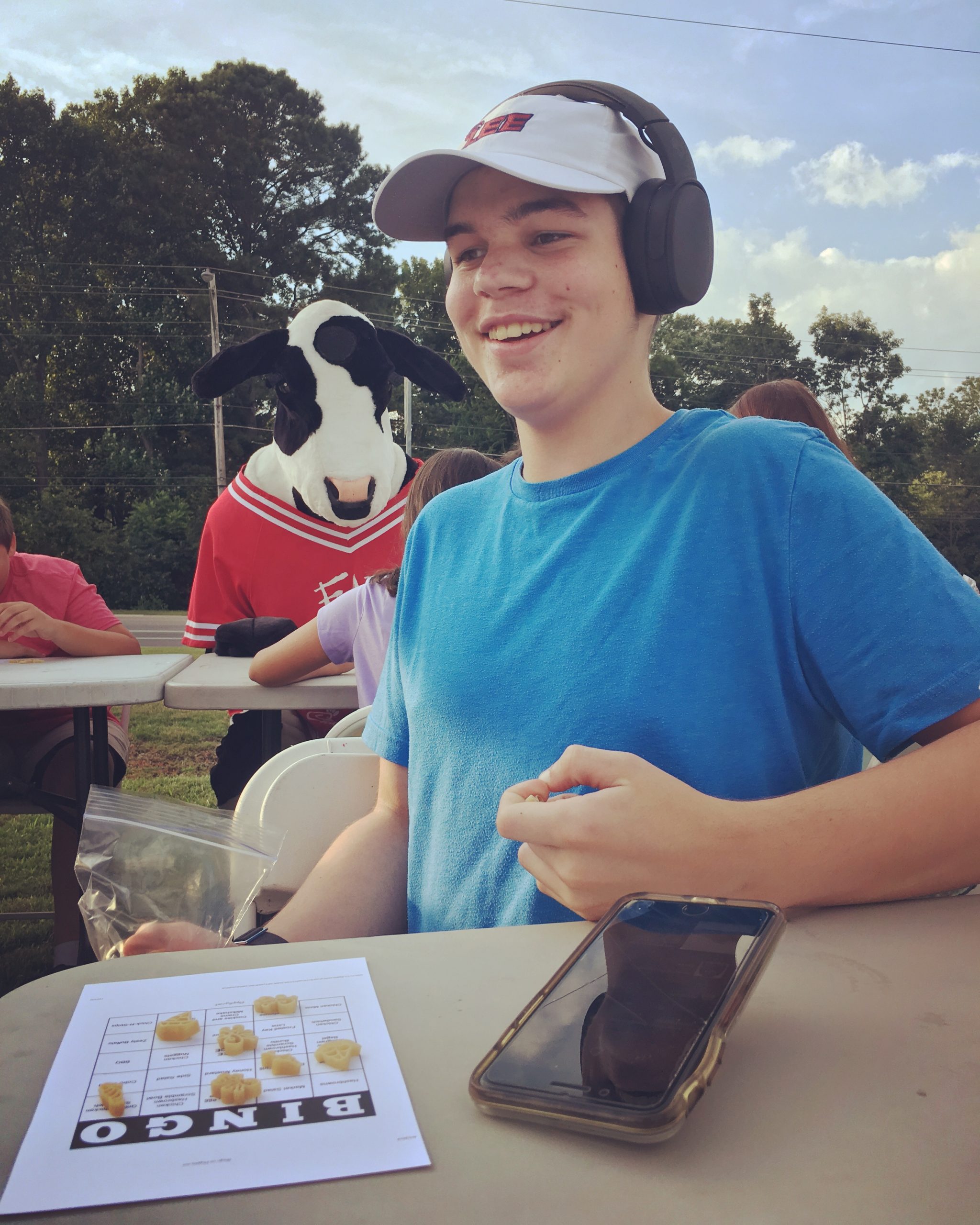 Grayson was full of life and loved being around people. His life was tragically cut too short on 3/21/21, just two weeks after he turned 16. He was diagnosed with an aggressive pediatric brain tumor the month after he turned 14. He fought so courageously during his 23 month cancer journey and kept a positive attitude, despite so many awful side effects from treatments he endured. Before cancer, Grayson enjoyed all kinds of things. He played on his middle school golf team all three years of middle school. He also played percussion all three years in his middle school band. He was on the chess team and excelled in math and science. In elementary school, he participated on the Science Olympiad Team and the Math Competition Team. He also played the role of Elvis in second grade in a school musical. He did a great job lip syncing and dancing like Elvis! He was a very confident kid! Back to his teen years…Grayson loved playing Minecraft. For his Make-a-Wish request, he asked to play Minecraft with a famous Minecraft YouTuber named Grian, who lives in England. Thankfully, Grayson’s wish was granted in December 2019, just before he became hemiparestic on his right side. He had so much swelling and necrosis (dead tissue) from his brain tumor radiation treatments on the left side of his brain that the right side of his body became very weak.

Despite many sessions of occupational therapy and physical therapy, Grayson eventually lost all use of his right hand and could walk short distances only if he wore a custom foot orthotic and used a cane; but for longer distances, he needed a wheelchair. Grayson also lost a lot of his vision as a result of his brain swelling and necrosis. He was put on a high dose of very strong steroids for many months to help keep the swelling under control, which came with some serious and awful side effects of its own. The strong steroids not only caused massive weight gain in a short amount of time but also caused more muscle weakness, difficulty sleeping, puffiness and acne on his face, and when he was able to eventually and gradually come off steroids, we learned he had developed a life-threatening condition called adrenal insufficiency, where his body could no longer produce enough cortisol, so he had to go back on a cortisone steroid indefinitely (which was better than the super strong dexamethasone steroid but still not what we had hoped for.)

I could write pages and pages of all that Grayson endured, including several terrifying grand mal (aka tonic-clonic) seizures, which required a 911 call, ambulance trip to the ER, and hospital admission every time. (One of his tonic-clonic seizure clusters in Oct 2019 left him unconscious and unresponsive and he had to be put on a ventilator, and we didn’t know if he was going to make it.) I could also write pages and pages of how God carried us and provided for us during his cancer journey, full of unknowns. I quit my job to take care of Grayson and transport him to his many, many specialist and treatment appointments in three different states, which took away over half our family’s income, but God provided for our family the entire time. Grayson was an incredible kid. His teachers loved his intellect and authentic, outgoing personality. He was so happy. He smiled and laughed all the time. His friends loved that he was true to himself…he was a genuine person. One friend described him as “unapologetically himself.” He was confident and not a crowd-follower. His radiation treatments left permanent bald patches on his head, and he chose to not wear a hat most of the time. He didn’t care what people thought.

He loved to socialize. He loved to argue and debate. He was the kind that would continue arguing, even if he knew he was wrong, just because he loved to argue. His third-grade teacher said one time in class, he had almost convinced her that 8 x 7 was 64! He loved engaging with others. He was most sad when he couldn’t attend school due to doctor appointments or not feeling well. He wanted to be at school with his friends as much as possible. Grayson loved music. He was thrilled he got to participate in his high school marching band for most of his freshman year, before a hospitalization that put him on homebound school. Band was his favorite class and group of people. He loved all styles of music and had a very eclectic playlist. He had a love for classical music which began in elementary school. His alarm clock was always set to a local classical music station.

He could tell you the name of the composer and piece of music for almost everything they played on the radio. He took drum lessons for a few years before cancer, and his drum teacher was amazed at how quickly he learned and at how much natural talent and potential he had. Grayson loved making people laugh. He loved jokes, puns, and anti-jokes. He was also witty, which made us all smile and laugh. We often said that there was never a dull moment when you were around Grayson. Our lefty boy was creative and definitely thought “outside the box.” He was unconventional and wanted to do things differently. He was also a deep thinker, asking questions most adults had never thought about. He also loved his family. He and his little brother, Christian, were so close. They were 25 months apart and hugged each other multiple times a day, even as teenagers. I have so many pictures of them sitting on the couch, practically on top of each other, just to be close, when they had the whole living room to spread out. Most of the time, they got along so well. Grayson was such a warrior during his cancer battle. He rarely complained, and the last few months of his life, when his deficits were getting worse and worse, he became even more concerned about everyone else. When someone would ask him how he was doing, he would respond with, “I’m doing good! How are you?” He fought so hard up until the very end. Grayson was not afraid to die. He knew where he was going. He asked Jesus to be his Lord and Savior when he was very young, and he knew he would go to Heaven. As much as my heart is shattered over losing my son, I have joy in knowing I will see him again one day in Heaven. I remind myself constantly that life on Earth is short, but eternal life in Heaven is forever.

When Grayson passed away from his cancer, we asked the hospital if we could donate his brain tissue to research to help find a cure for pediatric brain tumors. We knew he would want to do that because he wanted to be an organ and tissue donor. He told me more than once during his illness that he believed God allowed him to get cancer so that someone else wouldn’t have to. 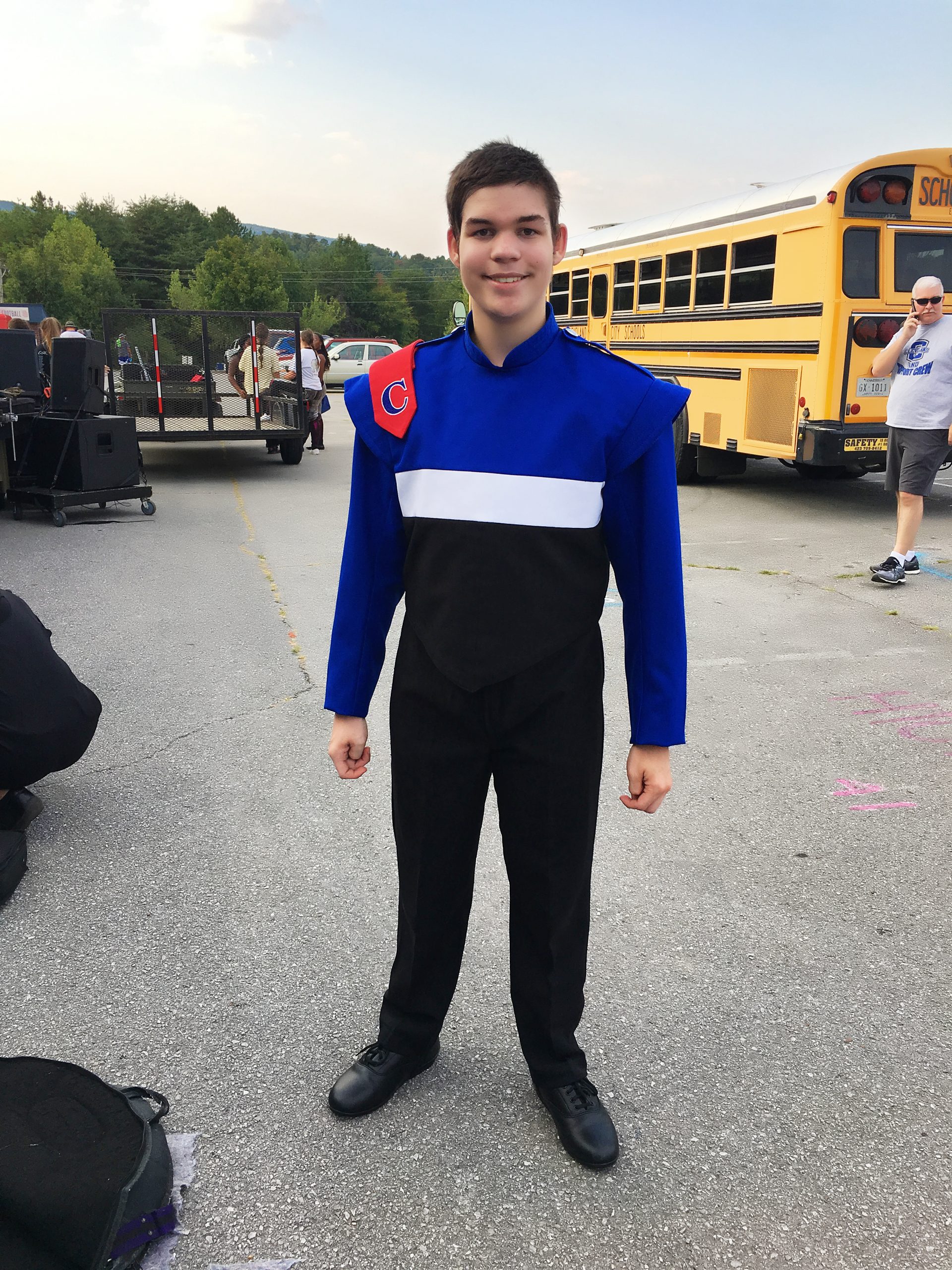 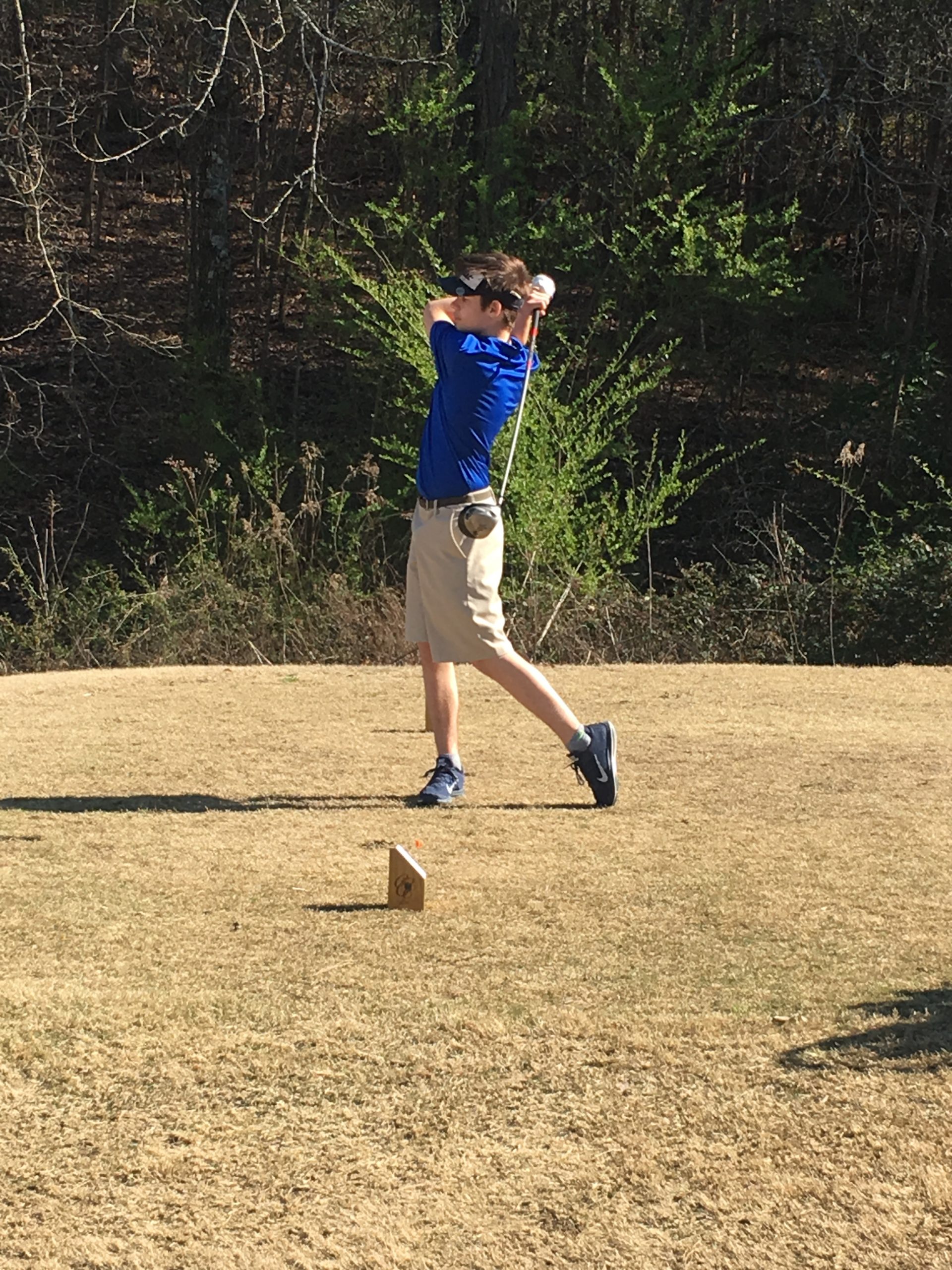 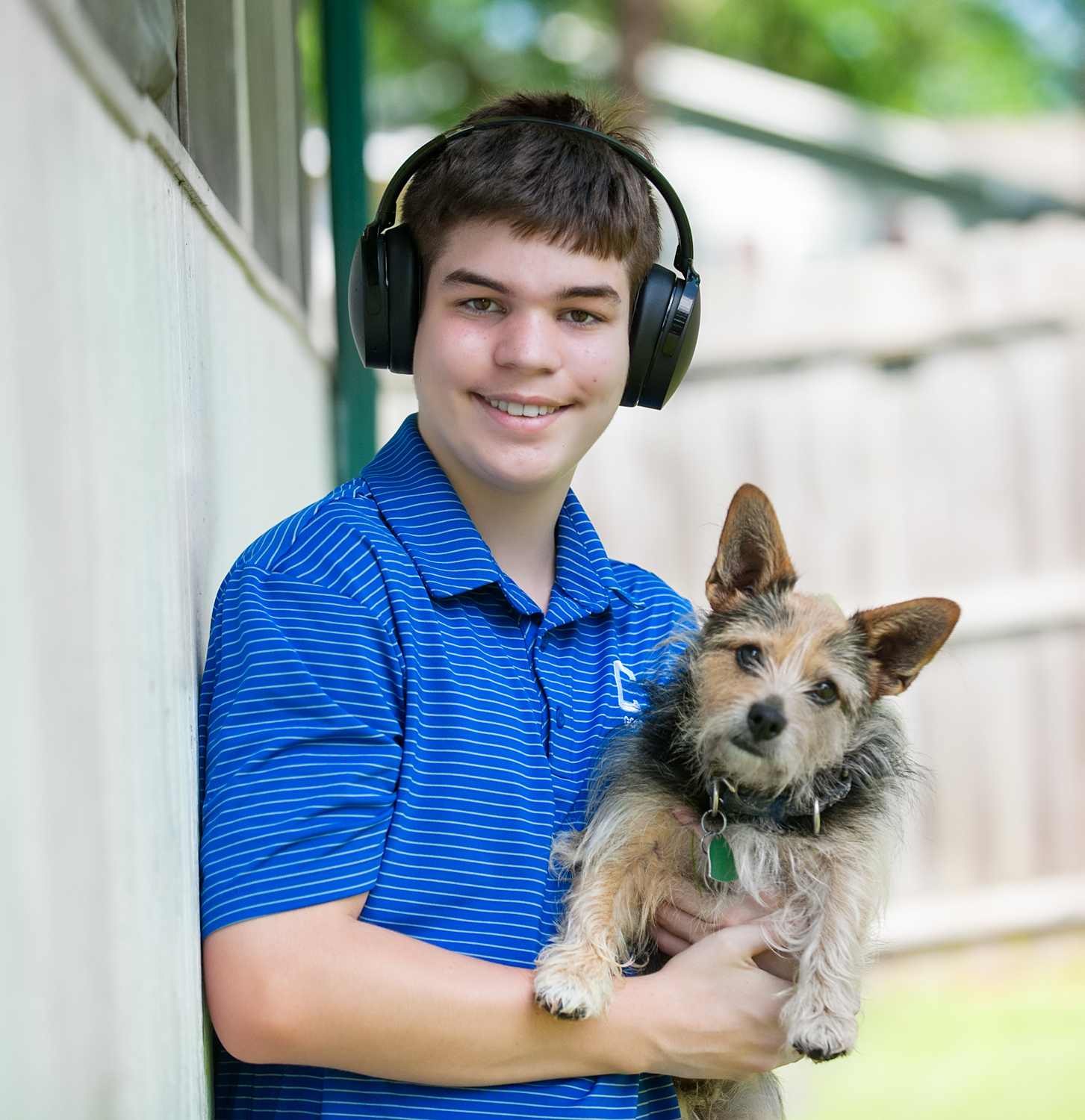 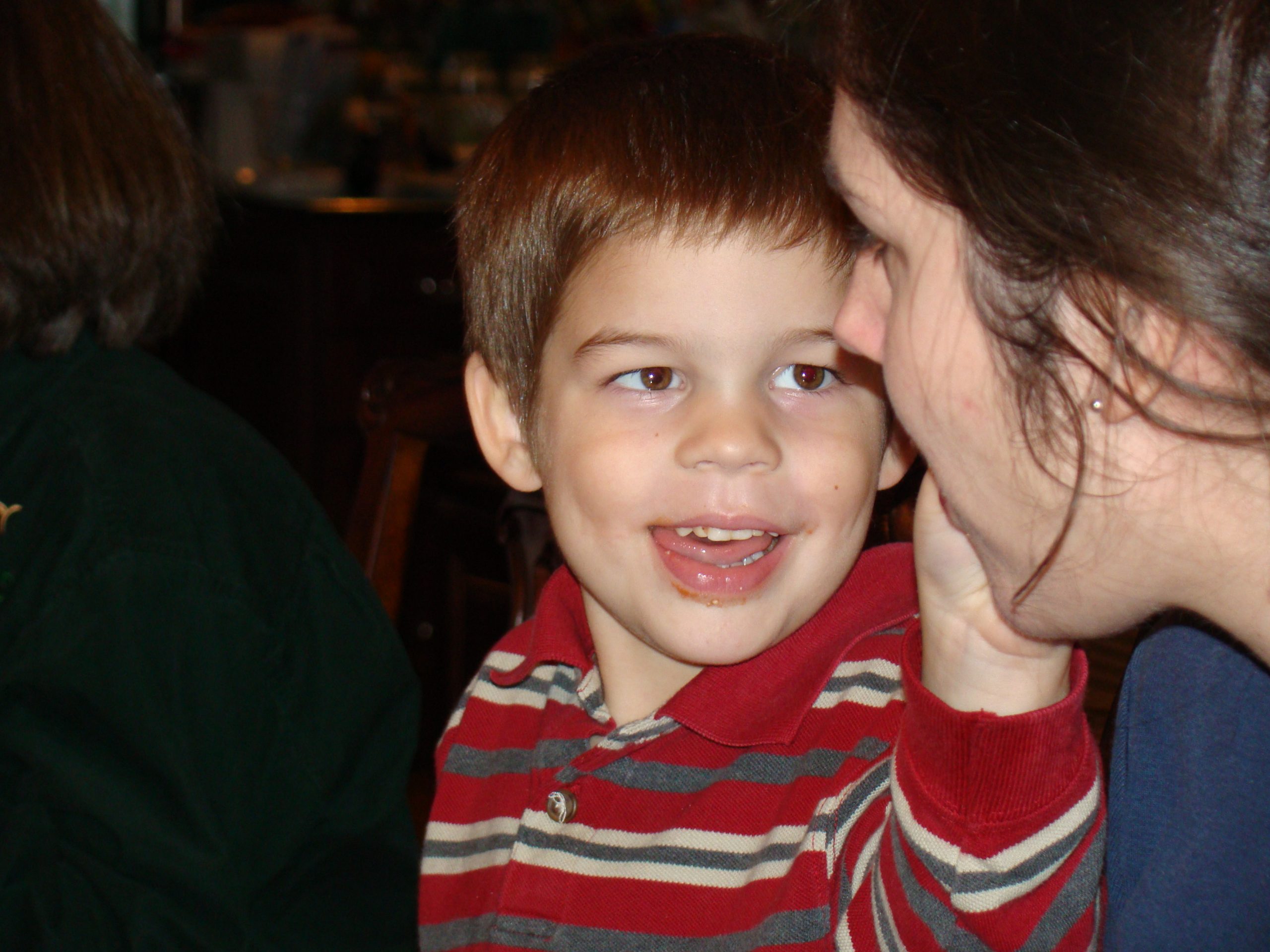 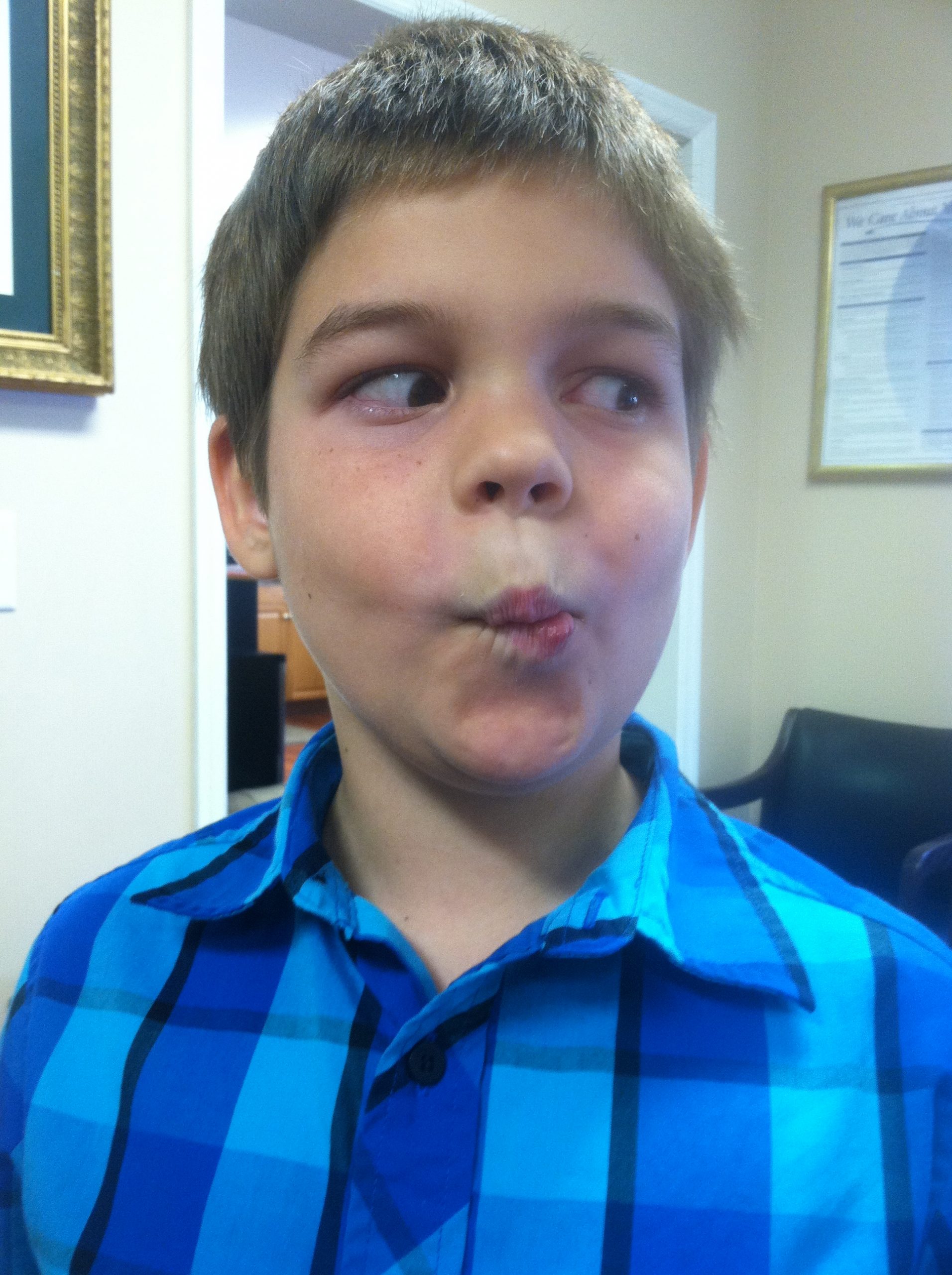