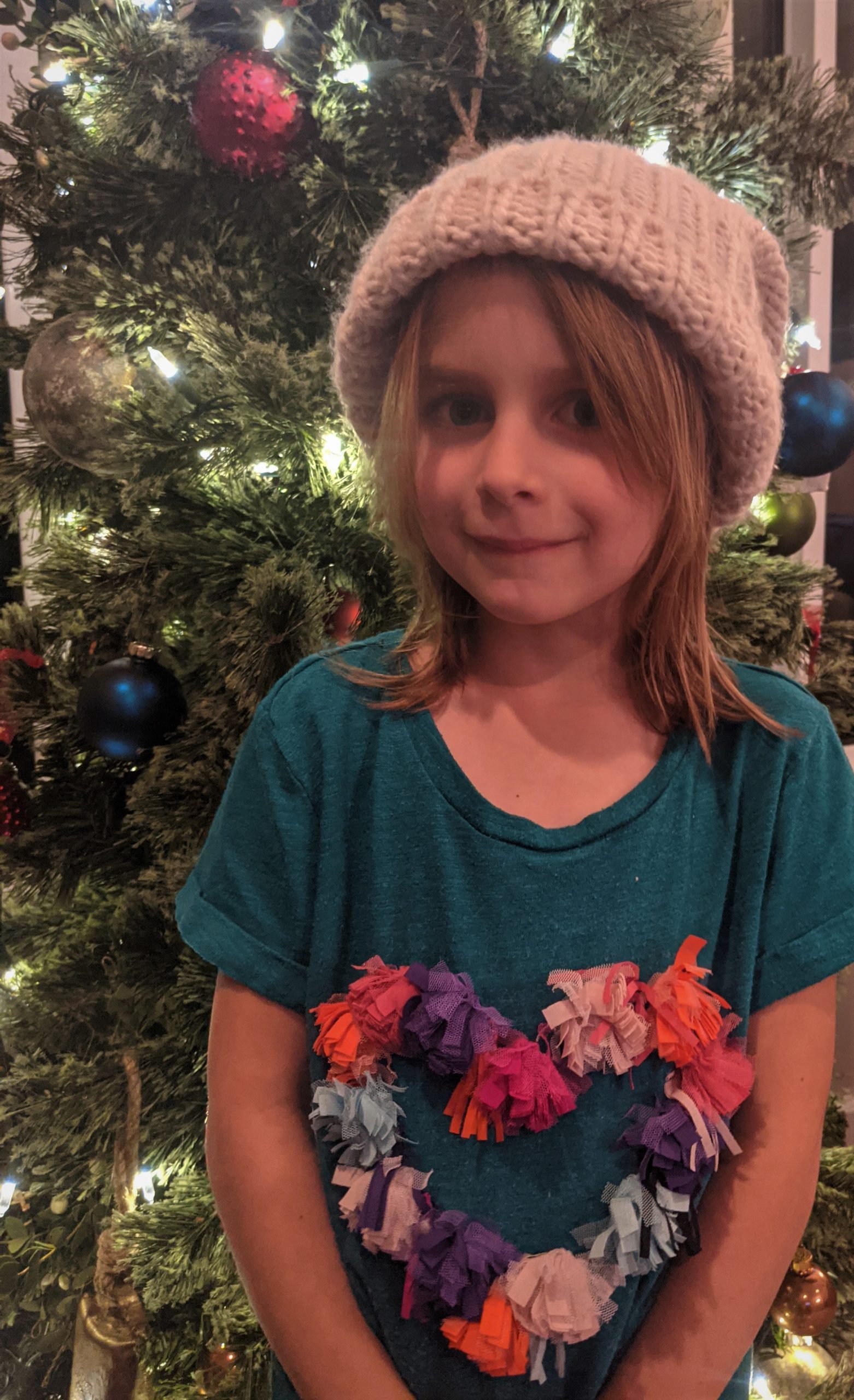 Lydia Quinn Sharpe, born March 26, 2016, was the youngest of Tara and Jonathan Sharpe’s three daughters. She was soft spoken, thoughtful, and extremely considerate. Of all her sisters, she was the one who was most willing to compromise so that other members of her family were happy. Tara and Jonathan refer to her as their “go along, get along” girl. What she wanted most was to just be with her family. If you were going somewhere, Lydia would drop whatever she was doing just so that she could go along with you.

As a young toddler Lydia was mesmerized watching planes move across the sky, gazing in wonder at the contrails they left in streaks behind them. She proclaimed from a young age, after visiting the U.S. Space and Rocket Center in Huntsville, AL, that when she grew up she would be a pilot and then an astronaut. In addition to gazing at the sky to spot planes and stars, her favorite activities were dancing and playing with her sisters, and helping her mommy with any project she had in the house.

In the summer of 2021, Lydia could not wait to finally go to big kid school like her sisters. Her seven year old sister, Madeline, was going into the second grade and Lydia was so excited to finally start kindergarten and join her at their elementary school. That summer, Lydia and Madeline took part in a track and field program. Tara and Jonathan were so impressed at how fast she was running and how coordinated she was.

Beginning July 2021, soon after her track program ended, Tara and Jonathan noticed some issues that they didn’t initially think much of. She had a couple stumbles and falls, which were rare for her. She occasionally complained of a belly ache, but that seemed to coincide with her older sister’s complaints, and her parents thought she might just have the same gluten intolerance as her sister and mom. Also one of her eyelids didn’t always blink at the same time as the other, but her father had an eyelid that would droop when he was tired, so no major alarm bells went off. These symptoms didn’t all come on at once and each one had an easy explanation. She could have tripped on a root in the grass. She could have the same stomach issues as her mom and sister and the same sleepy eyelid as her dad. After all, Lydia had completed a check up a couple months earlier without issue, and she was considered the healthiest of her family, rarely even having a stuffy nose.

It was early August and school was about to begin. There was excitement buying back to school supplies and clothes. Lydia loved her new backpack. The weekend before the first day of kindergarten, Lydia began to lean uncontrollably and was unsteady on her feet. After a primary care visit, she was told to go to the Emergency Room at East Tennessee Children’s Hospital. Concerned, her doctors ordered an MRI, which showed a tumor in her brain stem, and she was diagnosed with Diffuse Intrinsic Pontine Glioma (DIPG) on August 7, 2021.

This news shakes you like no other. You have just been told that your child will die …and die soon. Terminal is a word you never imagine hearing, ever! The options of keeping our child alive longer via radiation or trials while her quality of live suffered did not respond well with us. Our child hated the 4 days she spent in the hospital. The time away from her best friend, and sister Madeline, was excruciating for her. Nonetheless, we met with a radiation oncologist anyway. That conversation, along with many others, as well as an EXTREME adverse reaction to steroids lead us back to our gut decision…we will NOT seek treatment to extend the inevitable. If there had been even a chance to survive this deadly tumor, our decisions would have been different. Our family returned Lydia to her home and her family. We lived the best 7 weeks we could. In the end our child was with us, talking and expressing her love. We could not have been more grateful for God’s many mercies. Lydia passed in peace to her creator on September 26th, 2021. She will be forever missed!” 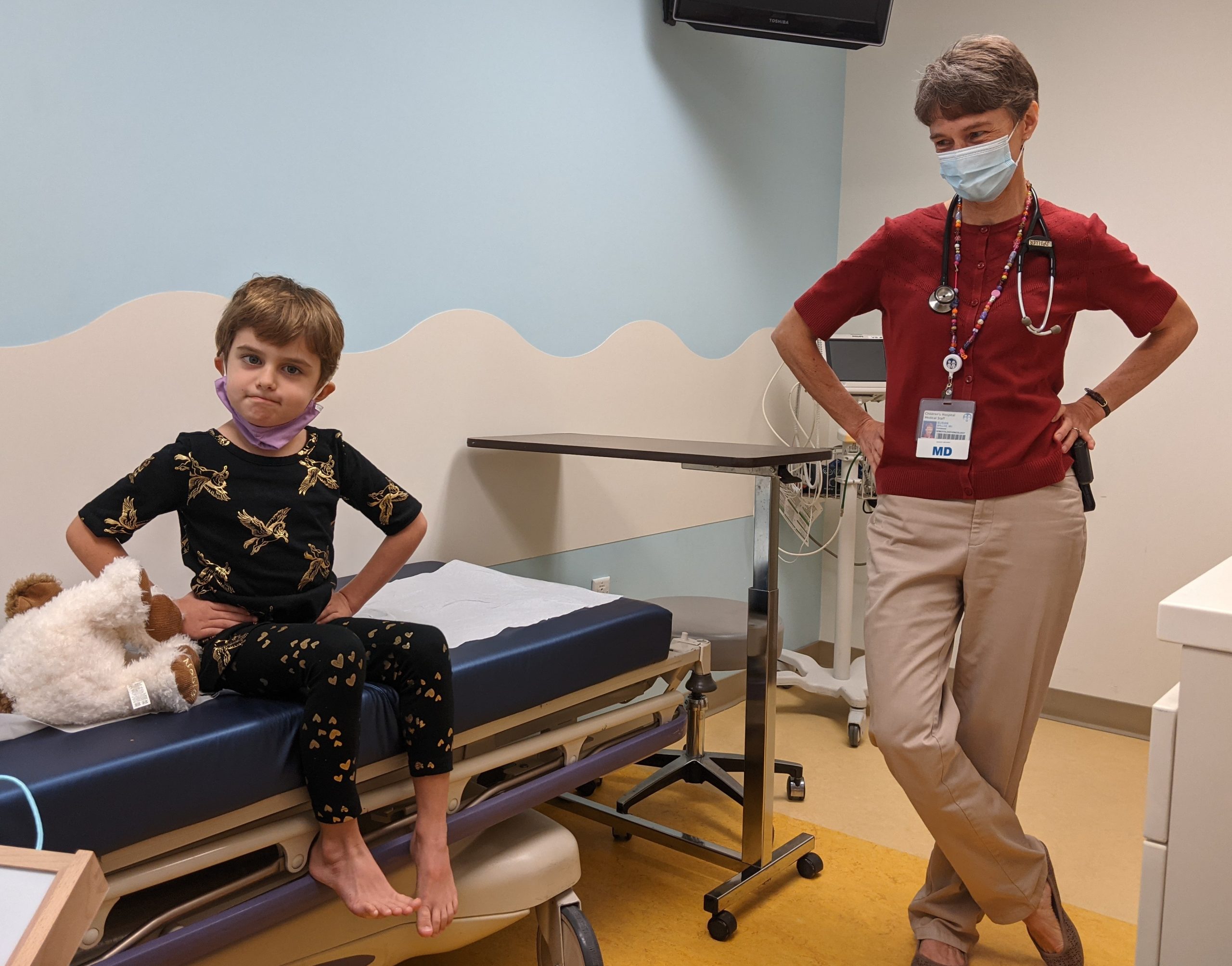 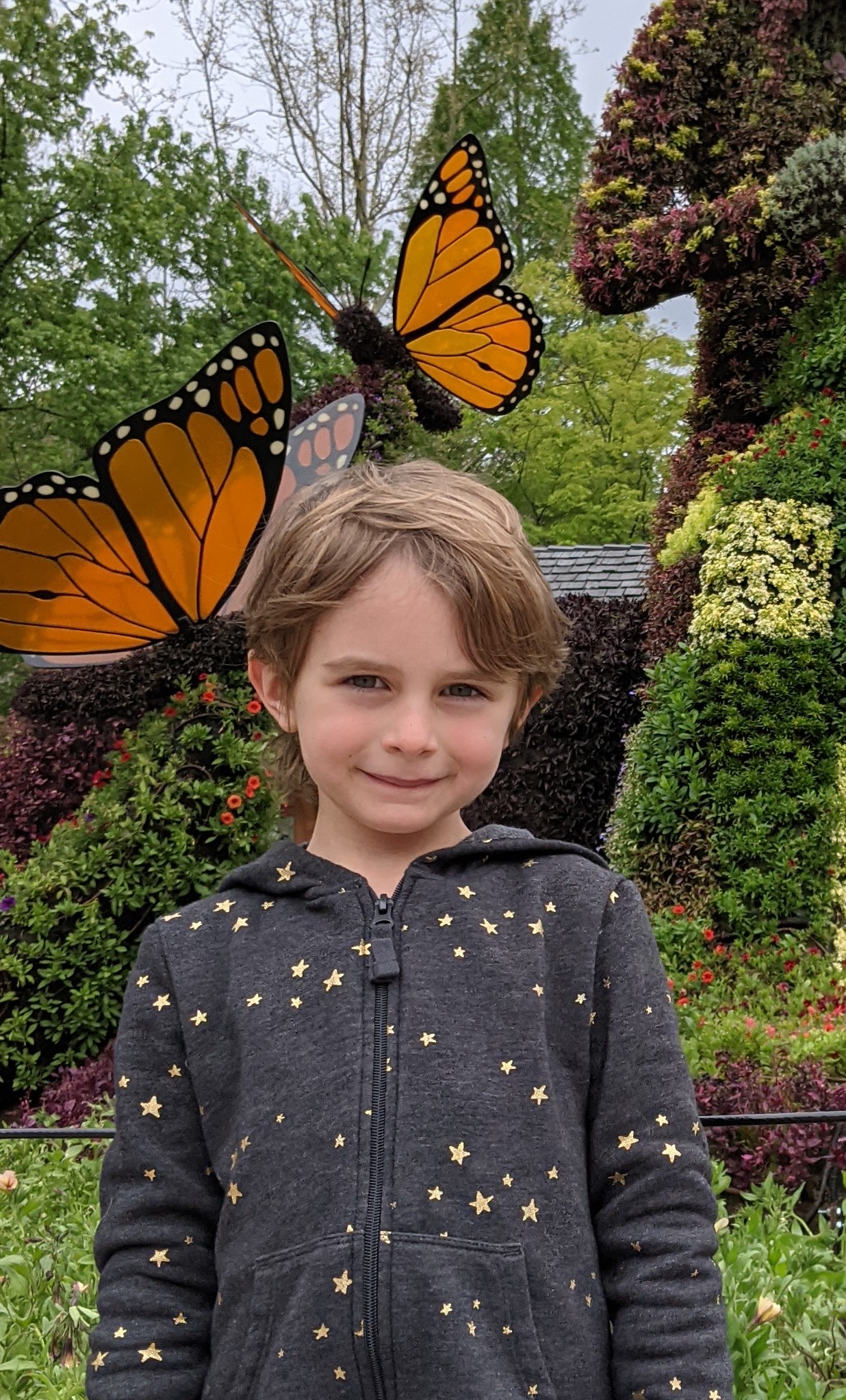 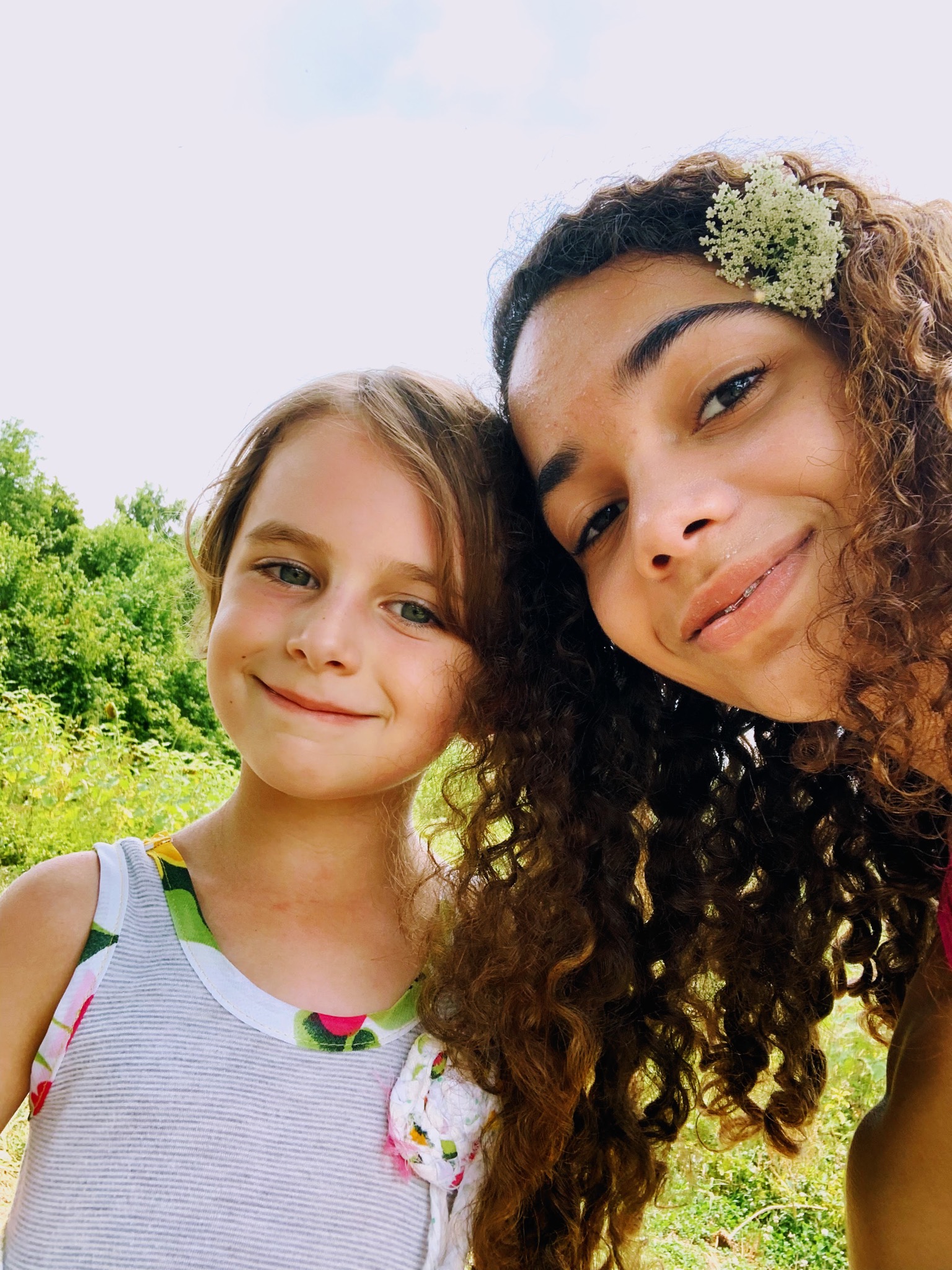 We knew when losing Lydia that we would donate whatever we could to help another child live. We hardly thought about the tumor until it was mentioned by our oncologist. There wasn’t a moment that we even had to discuss it. Absolutely! We will donate her tumor. When we were told Lydia had just a few days of life left, my husband returned to the hospital to sign paperwork. Lydias brain with tumor would be, and was, donated to Lurie Children’s Hospital in Chicago. We anticipate that the tissue from her “untouched” tumor will further advance research for this terminal cancer. Perhaps one day we will have learned something new and helpful for DIPG studies. Thank you sweet dear Lydia for your sacrifice! We love you eternally! 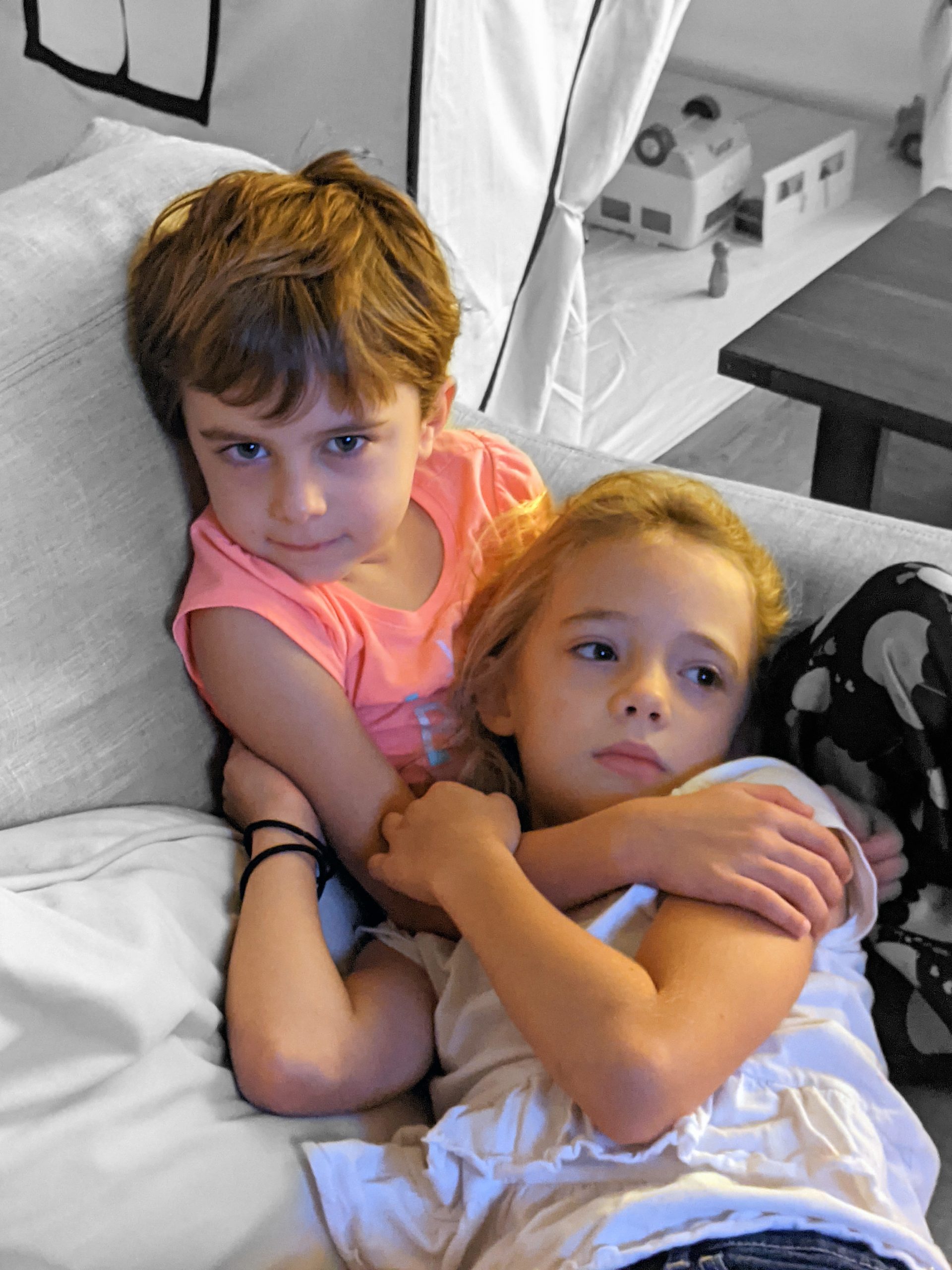 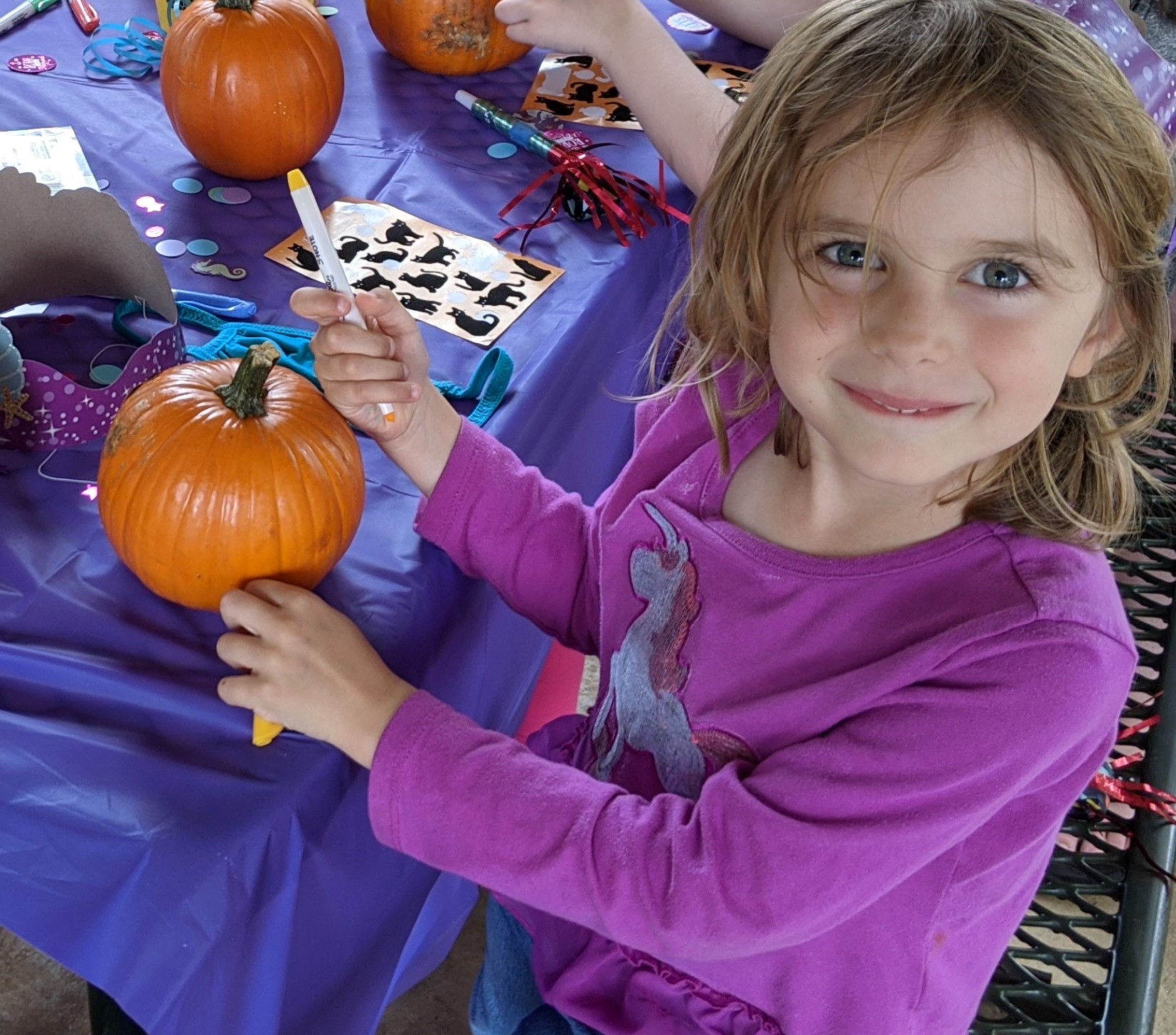 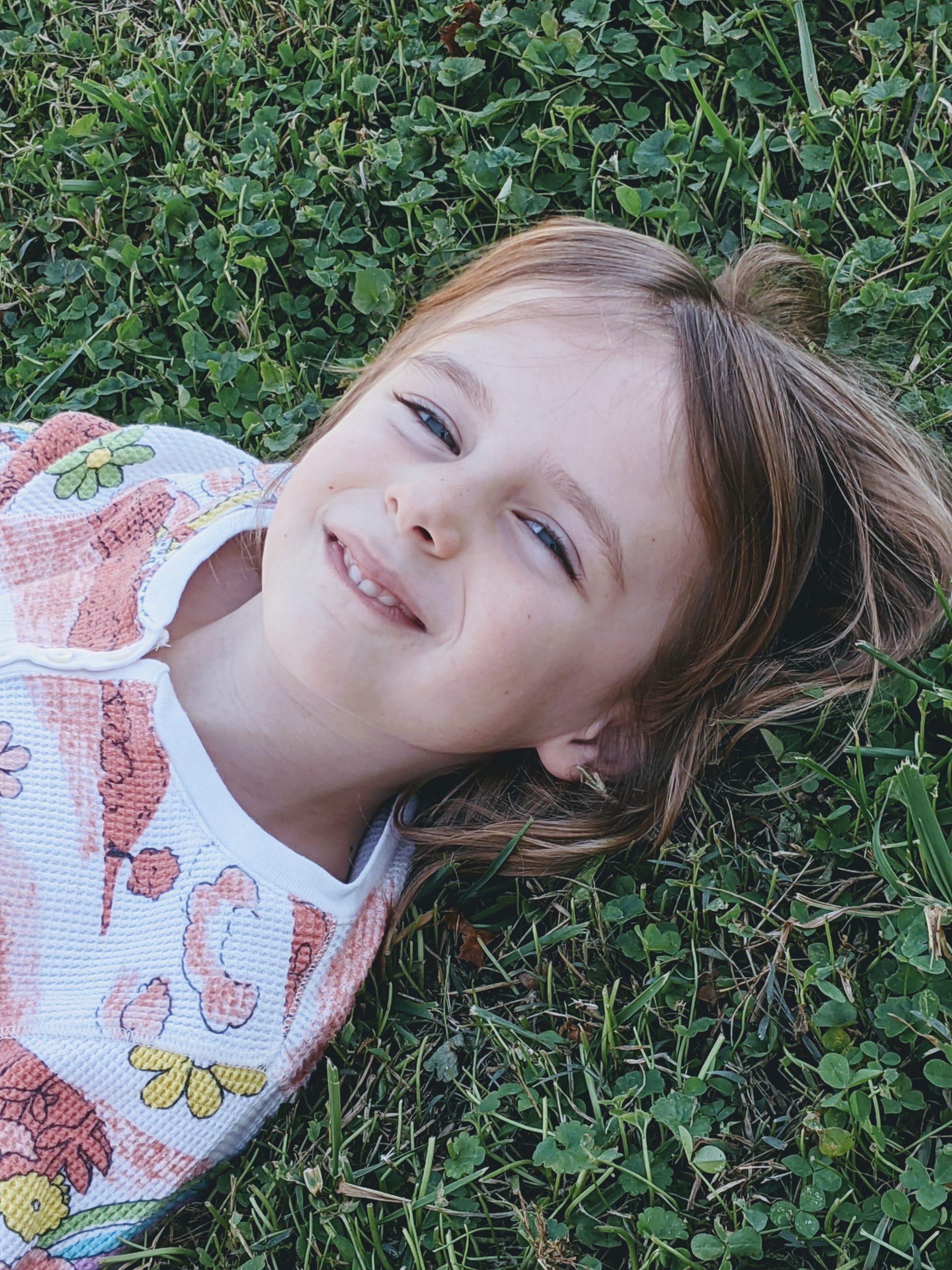 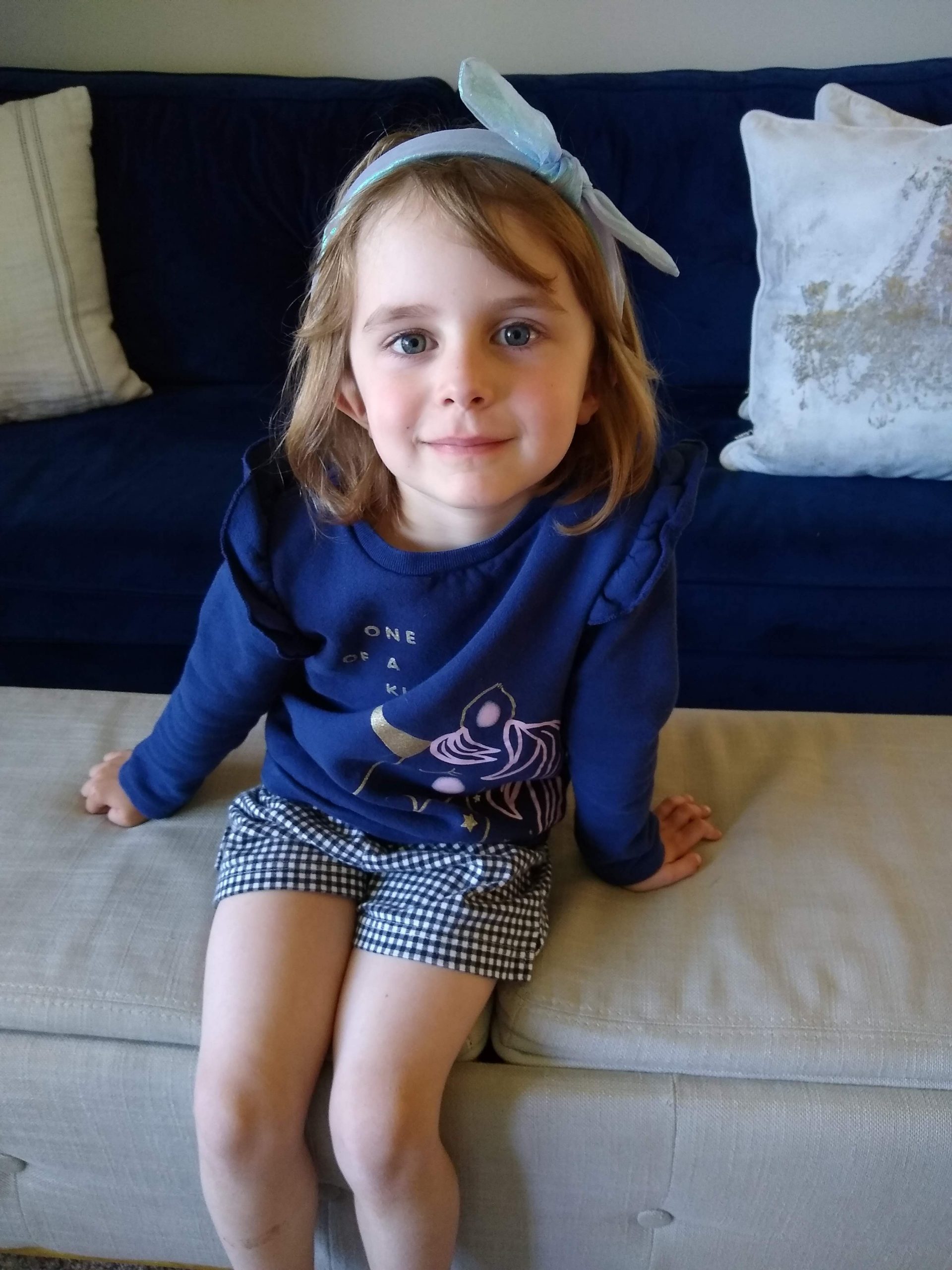 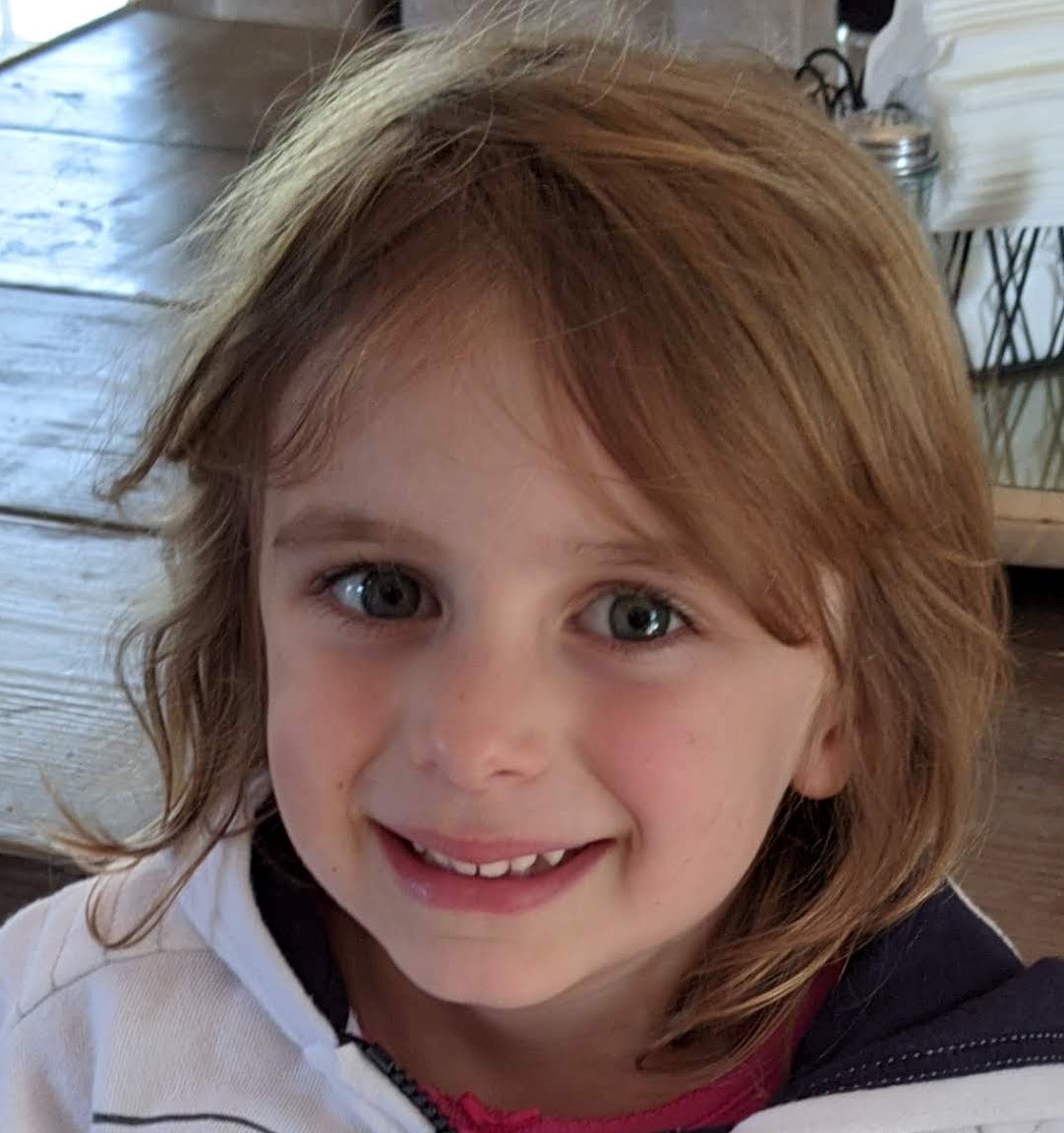 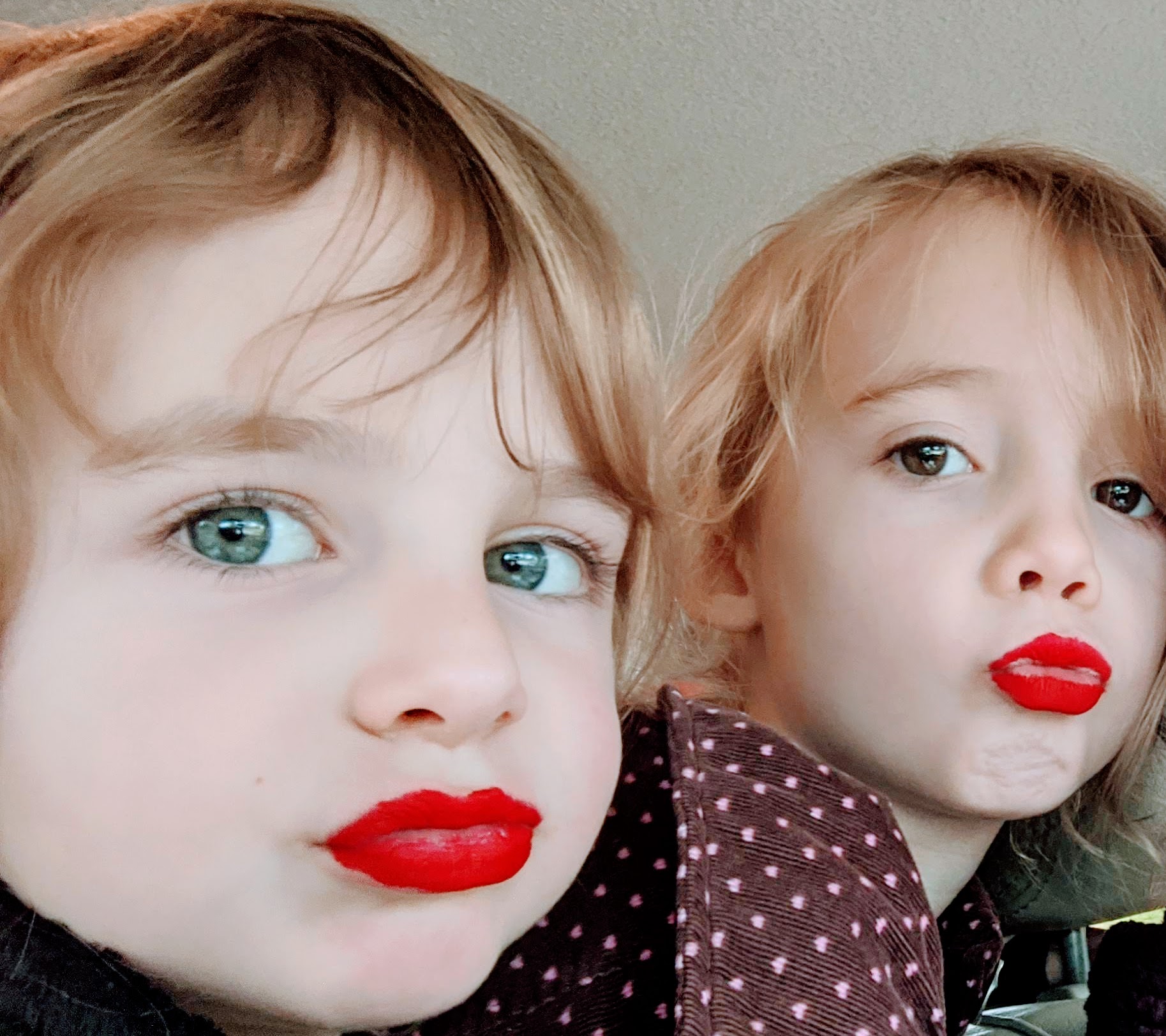