What Cancer Taught Me

What Cancer Taught Me

One night around two and a half years ago, my little sister Nina said that her tummy hurt. The next day, we found out she had cancer. We learned that it was neuroblastoma, a difficult cancer to cure.

Nina, my parents and I fought the disease with everything we had. We hoped that she would be fully cured, or at worst would have to have a few side effects from the chemotherapy, immunotherapy, and radiation she received. Instead, we got a third unimaginable option as her cancer progressed through every treatment including clinical trials. Just ten months later, my beautiful, funny, sweet six-year old sister lost her life just as it was starting. My family and I were in complete shock, and are still in shock two years later. Even now, I wake up and think Nina is still here, doing some big art project in her room. Then I remember what happened to her and to us.

Those ten months were the hardest time of my life, living without my sister or parents for weeks at a time, and worrying. But my parents always reminded us that many people were fighting along with us. My grandparents came all the way from India to take care of me while my parents stayed with Nina. My parents were able to work remotely from the hospital. My Uncle flew in from Chicago twenty times over the next ten months. I have always had a lot of friends, but then I learned what good friends I had. I could tell they felt bad for us and wanted to support me. Their parents signed me up for a soccer league, took me to my practices and matches, even loaning me cleats since I had outgrown my old ones.Friends and family sent Nina and me so many presents that some are still unopened in our basement.

I went to see my sister after school, and spent the weekends at the hospital with her. It was hard to be there – they were always changing Nina’s NG tubes and port needles, horrible things to watch. She was gentle and sensitive before she got sick. She now had to endure so much. The medicines made her throw up all day long; some gave her double vision, and she sometimes had ringing in her ears.

Nina became so strong and brave through this. She had always been quiet and shy – now she asked her doctors about every single medicine and even told them how she figured out she didn’t need a medicine called Fentanyl anymore! It was quite funny, but I always knew my sister was a smart kid. 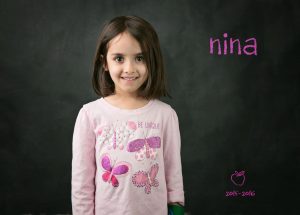 Nina always tried to have fun, doing art projects on her hospital bed, learning to sew pillowcases, reading, and watching ‘Strawberry Shortcake’ on the iPad. She made up jokes and puns to tell her nurses. For her birthday, we went to Long Beach Island, which she loved. Her friends came over for quiet play dates whenever she was home. She tried to stay positive even when treatment after treatment failed to shrink her tumor.

People say that when something bad happens, you learn who your friends are. I learned from Nina’s illness that we have many people who care about my family, and a community that supports us. I learned that people and life are basically good, even when something terrible happens, and sometimes especially when something terrible happens. We only have one life – we must use it well. Nina got only six years, but I think she used it well. I also learned some shocking facts about children’s cancers. Cure rates, especially for solid tumors like Nina’s, haven’t improved in decades. One in five children with cancer die within five years (1). Only four percent of cancer research funding goes to children (2). Even though children often get very different cancers from adults, new medication is rarely developed specifically for kids. Even among kids who survive cancer, 60-95% will have serious side effects, including a second cancer caused by treatment (3).

I want to share what we’ve learned about pediatric cancer with everyone so that we can work together to find a solution for it. I also know that I want to grow up to treat children’s cancers so that no other boy will have to miss his little sister every time he wakes up. 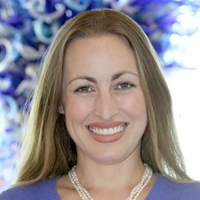 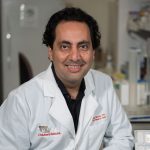 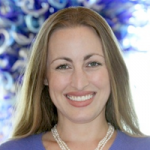 Help Fund This Program
Connect With Us