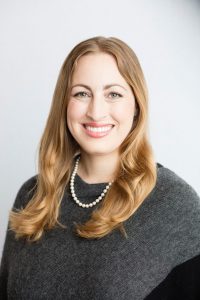 Michelle Monje, MD, PhD, scientific director of the Stanford Center for Childhood Brain Tumors, is a professor of neurology and neurological sciences at Stanford University and the Lucile Packard Children’s hospital and an endowed Stanford Medicine Faculty Scholar.

Dr. Monje is recognized as an international leader in the pathophysiology of childhood gliomas, especially diffuse midline gliomas and diffuse intrinsic pontine glioma (DIPG). Her work has been recognized by numerous honors, including a Presidential Early Career Award for Science and Engineering (PECASE), an NIH Director’s Pioneer Award (DP1), the Sidney Carter Award in Child Neurology and the Jerome Posner Neuro-Oncology Investigator Award, from the American Academy of Neurology. She is on the editorial advisory board for multiple academic journals, including Cancer Cell, Neuron and Neuro-Oncology.

Dr. Monje received her M.D. and Ph.D. in Neuroscience from Stanford University and then completed her residency training in neurology at the Massachusetts General Hospital/Brigham and Women’s Hospital/Harvard Medical School Partners program. She returned to Stanford for a clinical fellowship in pediatric neuro-oncology and a post-doctoral fellowship with Dr. Philip Beachy.

Electrical and synaptic integration of glioma into neural circuits