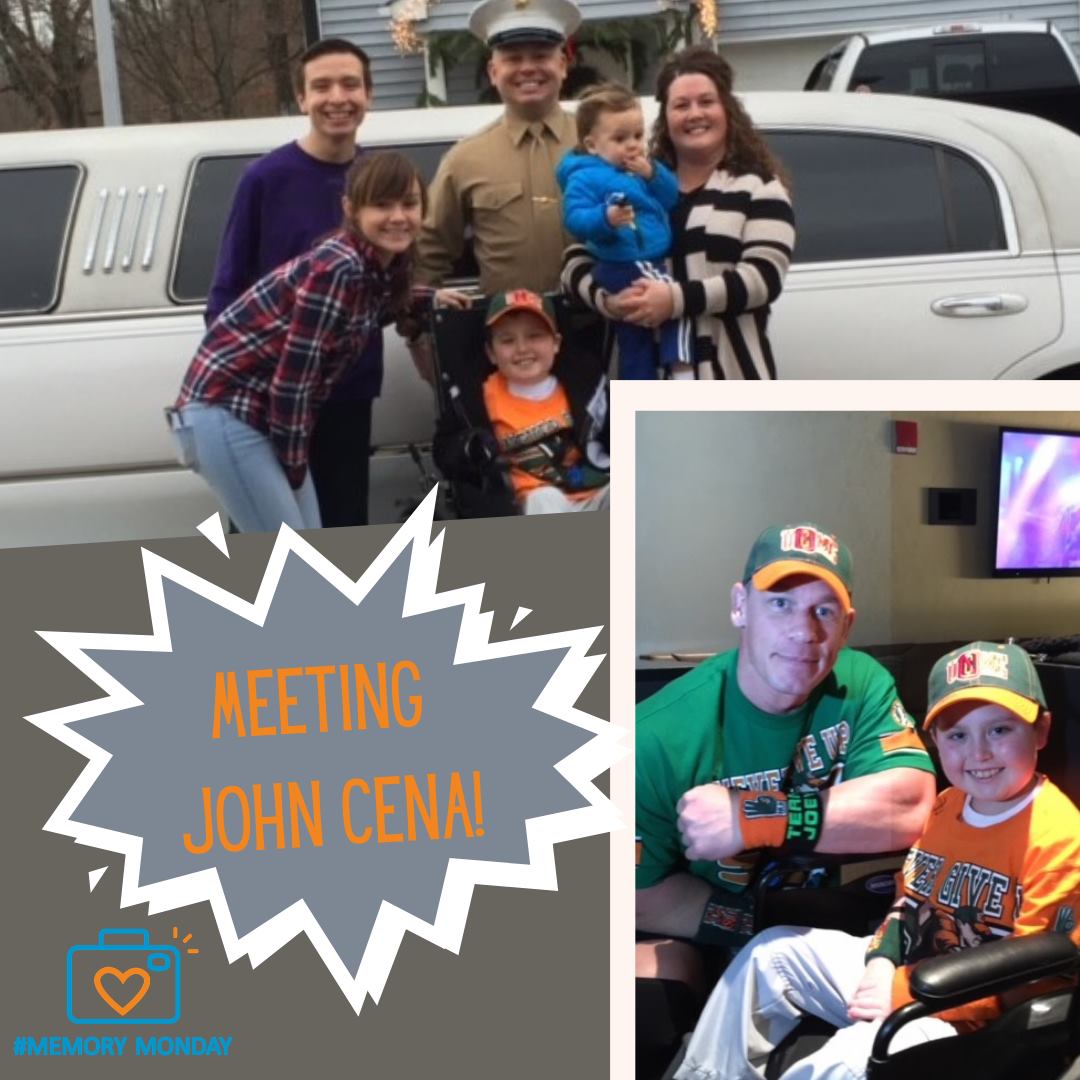 From the time Joey could walk he was constantly on the move!! Running, jumping, sliding, dancing, you name it. He loved to play sports and would often be outside with his dad with a ball and a bat, or a soccer ball, or a football, you get the picture. Well when he was around 3 years old he saw WWE for the first time…..and just couldn’t get enough!! He had belts, wrestlers, rings, T-shirt’s, all of the things a Super Fan has but for sure he had EVERYTHING John Cena, his favorite wrestler. Watching him and his dad watch WWE together was pretty funny and I’m not lying when I said I would be into too because of Joey’s excitement and because I loved it too when I was young!! When the time came for Joey to choose his Make-a-Wish I thought for sure he was going to ask to meet John Cena so we were all pretty shocked when he asked to go to Disney World to watch his brothers and sister laugh on the rides

But in December of 2015, when Joey was not in the best shape, he got the most incredible news that he was going to meet his favorite wrestler before Monday Night Raw!! He was so excited and we all just couldn’t believe that this was really going to happen for Joey. We made John Cena photo albums of Joey through the years with all of his memorabilia, he brought things for him to sign, he wore “NEVER GIVE UP” John Cena gear from head to toe and just couldn’t stop smiling. A limo picked us up and took us to Brooklyn and Joey was ready. The moment he walked in the door and over to Joey to greet him is something my family and I will never forget. John gave him so many new, autographed things to take home with him and Joey gave him TEAM JOEY wristbands that he wore on live TV and EVERYONE who watched that night got to see that. It was the coolest thing for Joey to see and the selflessness of John Cena to come hang out with him before his live TV match was incredible.

Joey definitely had some great times in his short life before and after brain cancer but I will have to say this night and experience is in his top three.