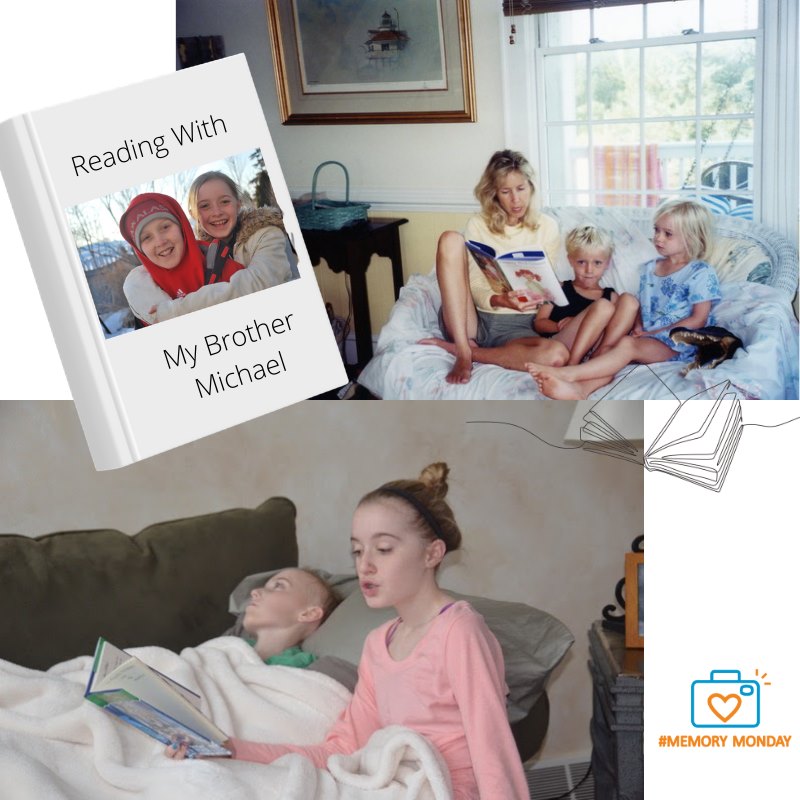 Books and stories were one of the things that connected Mikey and I the most. This love of story began with our mom reading to us each night as we lay beside each other in the bed we shared. It grew and evolved, as we did. First, as a competition to see who could master the alphabet and understand the worlds created by the stringing together of those letters. Then, as an activity we could do side-by-side. We’d often sit so close that with every page turned, our elbows would graze one another, so that no matter how engrossed in our own story we were, there was something to constantly remind us we were together.

As we continued to grow older, books were something we could talk about and share, even as our other interests developed independent of one another. Finally, as Mikey neared death and his tumors made it so that he could no longer read or see straight, books and stories became solace for the both of us. Getting to read to Michael provided a way for us to be together that was comfortable and familiar, even when the realities of his ending life were anything but. Now, when I sit down to read, our elbows don’t graze one another’s, yet I still get to feel the tug and pull of his memory with every turned page.