I Will Miss Him Big Much 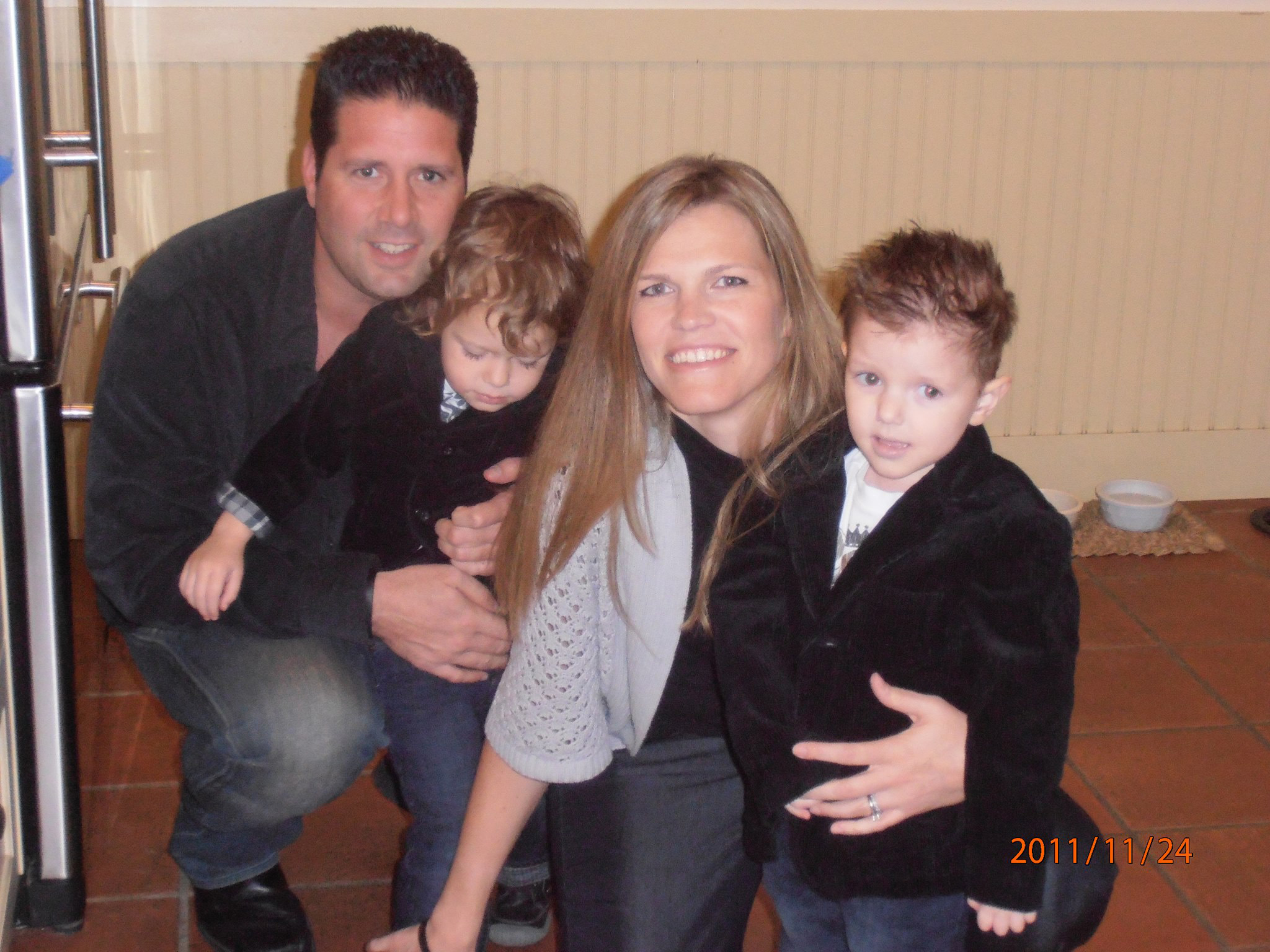 I took my toddler to the emergency department after a sleepless night, insisting that perhaps he was suffering headaches. Wearing a bright yellow t-shirt that matched his curly blonde hair, cargo shorts and flip flops, Ty jumped and giggled his way into the sunny room at the local children’s hospital. I was met with looks of surprise and confusion by the staff, but my husband and I could see his tired eyes behind that smile and insisted on an MRI. 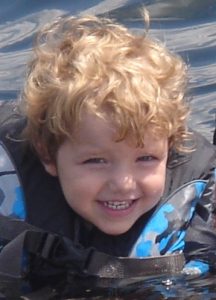 Just shy of three-years old, I winced when the needle pierced the skin on his arm. I was nauseated as I held him limp from the anesthesia, certain that would be the worst of it. How very wrong I was. That day marked the first of countless needles, MRIs with sedation, hospital stays, and so much worse. For two and a half years, his pain became routine, the cancer—relentless.

Six months into treatment, his disease metastasized, tumor growth was explosive, and his prognosis was suddenly terminal.

The mets were removed but we were told his cancer was sure to return. We were left waiting for the other shoe to drop, but determined to keep it suspended forever. I dug my heels into the research. I would approach his team with printed papers and potential clinical trials. I was willing to try anything and I begged for options, but I was met with the same apologetic answer every time. There simply were none. Two years later, the other shoe came crashing down.

Following his fifth birthday, while home on hospice care, Ty spiked a fever and fell into a deep sleep for two days before taking his last breath. During that time, so heavy with quiet, I called his oncologist and asked whether or not I should consider organ donation. I knew Ty wasn’t a donor candidate for transplant because of the systemic treatments, but maybe there was a way his tumor could help researchers. No one had ever approached me about the possibility, but after years of reading published papers in scientific journals—literally chasing the cure—I knew that the only way to prevent this from happening to other children in the future would be to advance scientific discovery. Sadly, pediatric brain tumor research had been, and still remains, very limited due to the lack of tumor tissue and corresponding data available.

My hopeful plea to give this gift to science was met with discouragement. I was told I would have to get him in my car and bring him back to the hospital, and that a donation “really wouldn’t help.” I hung up the phone feeling even more deflated as I found my way through the fog and back to his bedside.

At the time, I had no idea that this conversation would end up resurfacing in my mind so often before ultimately impacting the course of my career. 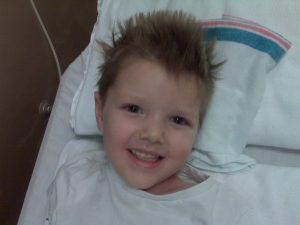 Once bereaved, connecting with other parents who shared my experience was the only thing that saved me. I forged incredible new friendships with others who shared my newfound passion for advancing pediatric brain tumor research, and I soon learned that one of my dear friends donated her daughter’s tumor to science, and that her cell lines were growing. Tears filled my eyes when she told me about looking into a microscope and seeing a living part of her daughter still contributing to this world. Obviously, not in a way she ever would have wanted, but what a beautiful gift it was!

Science is limited only by lack of information. Seven years ago, science was denied the opportunity to gain access to more information by studying my son’s tumor, and I was denied the opportunity to brag about his contribution living on in the labs. The more I spoke to bereaved families—both those who were able to donate their child’s tumor and those who wanted to but didn’t get the chance—the more it became clear that there was a profound disconnect between the families, their medical teams, and the research community.

My husband and I founded a nonprofit in Ty’s memory, and we have been funding research since 2012. I also gave up my career at PricewaterhouseCoopers to immerse myself in the cause, and ended up joining the lab team at Weill Cornell Medicine to work alongside them. I am hardly a neuroscientist. In my role I liaise with the patient families, donors, neurosurgeons and scientists, personally creating that much-needed connectivity between the stakeholders.

When I learned about the “Gift from a Child” initiative, I was blown away. Finally, someone was taking the lead and developing a strategic approach to coordinating rapid autopsy donations that would make it more accessible to families! I was all-in and wanted to help.

I was eager to get my team at Weill Cornell Medicine involved as a designated Center of Excellence. Before the infrastructure was fully in place, I had already found myself in a conversation between a mom who lost her daughter just minutes earlier—she wanted to donate her tumor. I felt my son channeling through me, helping me to make the necessary calls to the designated tissue navigators already in place at Children’s National in Washington DC and Lurie Children’s Hospital in Chicago. They helped to advise me on the logistics, while my heart helped me to ensure the family was comfortable and informed. I remember staying up late into the night, waiting to hear from the autopsy team and the funeral home to ensure that the procedure went smoothly and the child was in gentle, caring hands.

The ability to coordinate tumor donation is becoming more accessible and easier on families thanks to the Gift from a Child initiative. The impact this program has on pediatric brain tumor research will be tremendous, and I applaud the brave families who participate. Being able to help coordinate a donation was a gift to me as much as it was to science, because my own regret was finally washed away by a wave of peaceful closure. 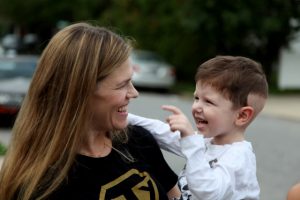 Ty’s hair smelled like milk and honey. I nuzzled his neck like a fresh blanket from the dryer. I can still hear his silly whispers in the quiet corners of my house.

My love and longing is boundless. I will continue to miss him big much for the rest of my life.

Cindy Campbell is a member of our Advisory Council and a partner in funding research projects. You can learn more about her family’s foundation The Ty Louis Campbell Foundation at www.thetlcfoundation.org and their signature project www.muddypuddlesproject.org.